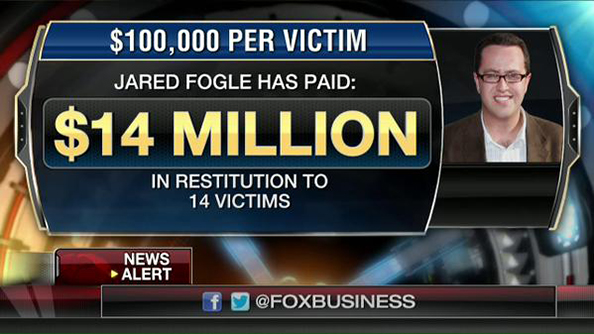 Fogle, who has accepted a plea deal connected to underage sex abuse and child pornography charges, will pay each of his 14 victims $100,000 as part of a unique settlement deal.

The network later amended its tweet with a correction.