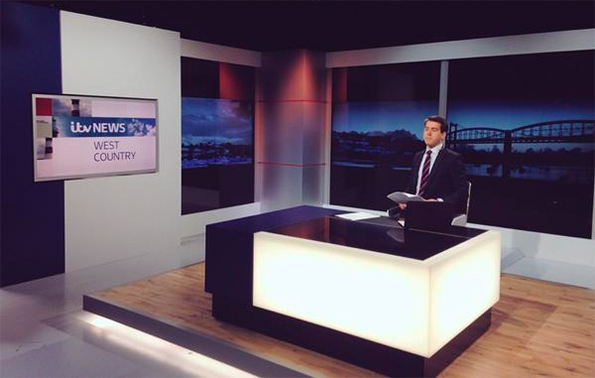 The set uses reflective black panels, a video array and the familiar ITV desk to create a cohesive look that matches the national brand.

Like the other regional sets in Wales, Central and Granada, no virtual technology was used.