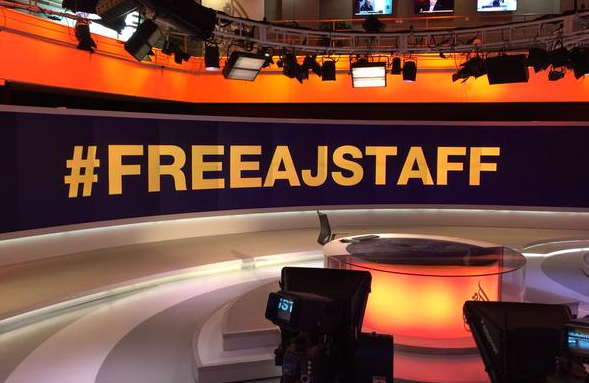 After news that three Al Jazeera journalists will be jailed for 12 years for, according to the Egyptian government, aiding a terrorist organization, the organization used its huge on-set video walls to get the word out.

During the opening sequence of “Newshour,” the hashtag was emblazoned on the screen as the host introduced the show before moving to headlines.

With a verdict imminent, here are some pics for you tweet out with the hashtag #FreeAJStaff. Please RT! pic.twitter.com/iGHcm8GOfE