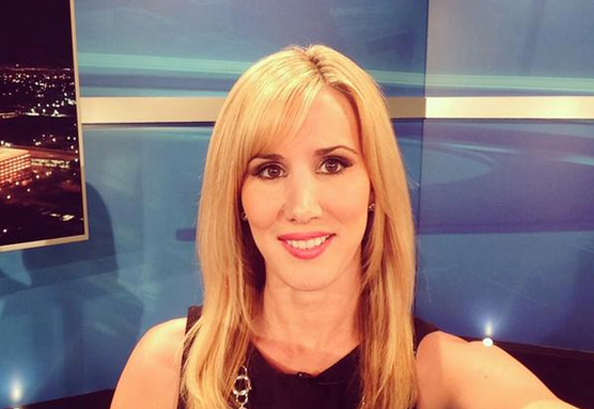 KFSN-TV, the ABC O&O in Fresno, Calif., has moved to a temporary set as it installs a new one in its studio.

Weekend anchor Sara Sandrik tweeted out a selfie of herself on the temporary set, which appears to consist of some flat panels with printed graphics and a freestanding flatscreen.

Getting ready for a special edition of @ABC30 after the game on our temporary set while work is underway on new one pic.twitter.com/Rv54cNdekb