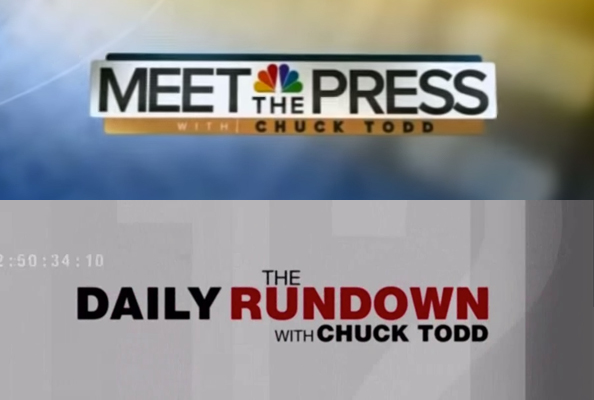 Chuck Todd‘s new show on MSNBC has a new name: One that’s a combination of two shows already tied to him.

The struggling cable network, which is in the midst of a reboot, will add “MTP Daily” at 5 p.m. eastern, anchored by “Meet the Press” host Chuck Todd.

The name, as you may notice, cleverly combines the name of Chuck’s previous MSNBC show, “The Daily Rundown,” with the “Meet the Press” initials.

From a branding perspective, it does make a certain amount of sense to title Todd’s new show with “MTP” (he didn’t host “Meet the Press” during the show’s previous run). NBC seems to prefer, however, to reserve the use of the full name “Meet the Press” name to the Sunday show proper.

It also also an interesting strategy to emphasize the connection to the Sunday show and allow the audiences of one feed into the other and vice-versa.

The network controls the Twitter handle @MTP and uses it to combine politics news from the “Meet the Press” team and NBC News’ political unit, but the show’s Twitter account remains at @MeetThePress.