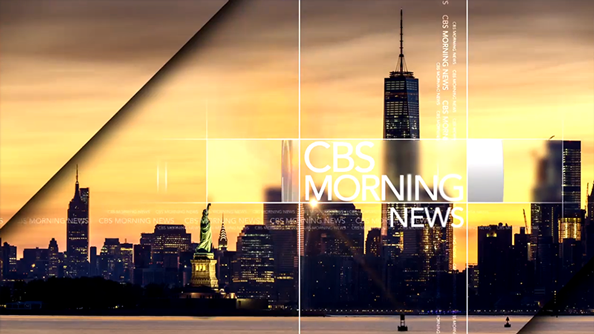 The new look takes the “CBS This Morning” look and changes the yellow to blue in most cases (in addition to other subtle differences), though yellow does remain as a dominant color in the show open. The newscast has also switched to originating from the CBSN set at the CBS Broadcast Center in New York City. The show had previously broadcast from the “CBS Evening News” set.

The changes come as CBS eliminated its overnight offering “Up to the Minute” and replaced it with the “CBS Overnight News.”

The move to more closely match the network’s main morning news show is a departure from previous looks, which coordinated with the “CBS Evening News” look.