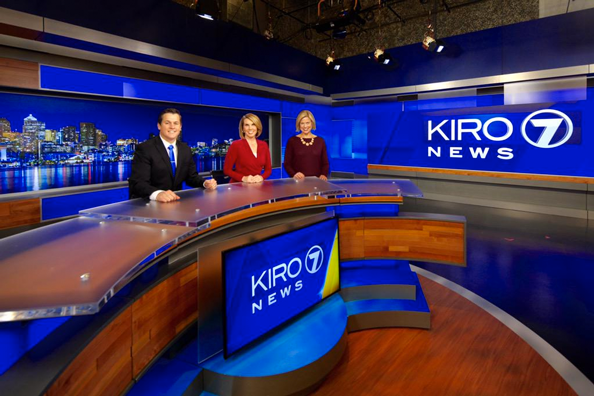 Dan King, a photojournalist at Seattle’s Cox-owned KIRO-TV, posted a photo of the station’s new set to Twitter.

The set, designed by Devlin Design Group, features a curved anchor desk, video walls, a wide cityscape dura and other backlit surfaces along with bold blues and rich wood tones that coordinate well with the station’s new graphics package.

The new set, along with graphics package and music is slated to debut Saturday.

NewscastStudio will have an exclusive first look at the set after it debuts Saturday.