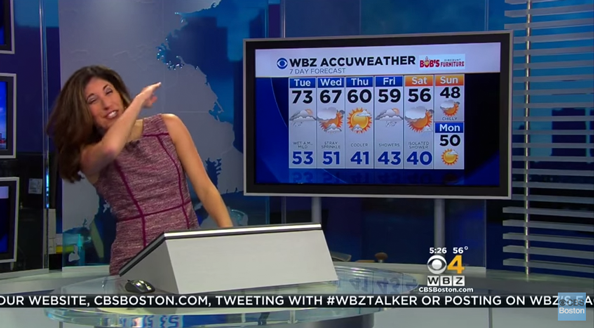 Boston forecaster Danielle Niles came under attack Tuesday during a morning weather tease — by a fly.

The insect had made its way into the CBS affiliate’s news studio and began swarming around Niles’ head.

Niles swerved to avoid it and then began giggling, telling viewers about the “giant fly” that had invaded her personal space.