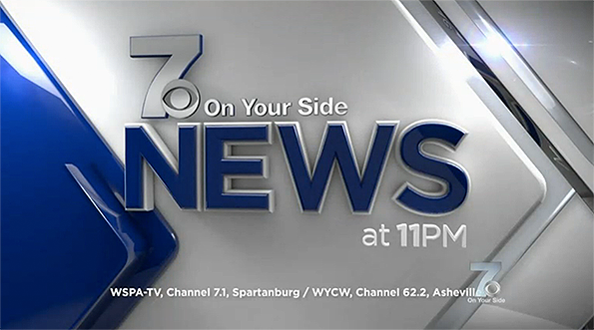 Media General’s WSPA-TV in Spartanburg, S.C., has rebranded its newscasts — a move that will hopefully help solidify its branding.

The station, which had previously branded as “News Channel 7” and “7 On Your Side,” is now broadcasting newscasts under the name “7 News” with “On your side” as a tagline of sorts.

The station updated its existing graphics package to reflect the new name.