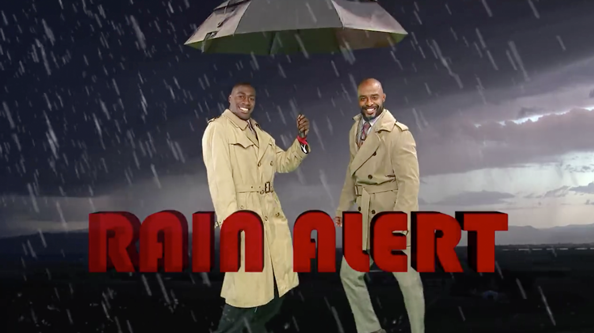 Meteorologist Ted Phaeton has come up with a rather unique way to let folks know it’s going to rain.

We’re not even quite sure how to explain it, so here goes…

Phaeton also posted a “behind the scenes” shot of the production of the clip: