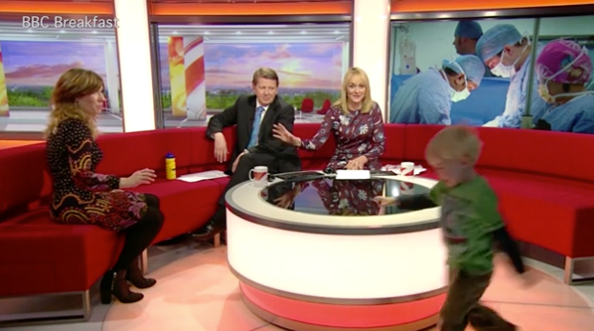 Having kids on set is never a good idea.

Someone apparently thought it would be a good idea for Harry to be on set with his mother. The trouble started when Harry, seated on the large red couch, started becoming fidgety and talkative.

But it didn’t stop there.

Harry then decided to take off from the couch and began wandering around the studio, including going behind the couch and in front of the set’s internally lit coffee table. An off camera crew member apparently tried to catch young Harry, but in the end the anchors ended up just calling the whole thing off — and segwaying to a tease about Internet broadband.