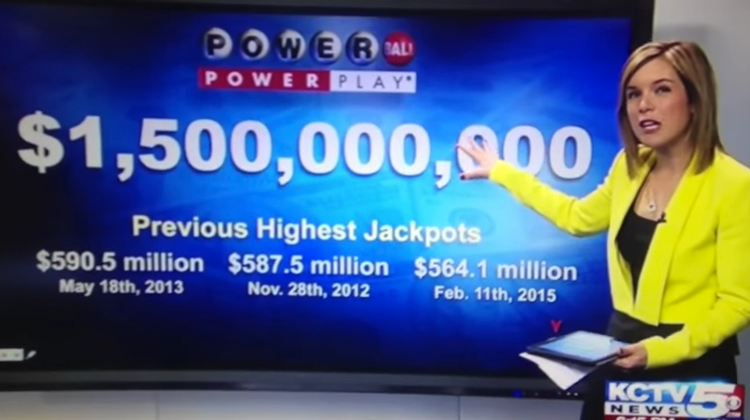 When it comes to lottery mathematics, we can chalk up a big fat fail for both the Internet as a whole and a Kansas City anchor. Earlier this week, Facebook was overrun with a meme claiming that if the Powerball jackpot was split between every U.S. resident, each person would get $4.33 million — an epic fail of understanding place value.

Meanwhile, KCTV-TV anchor Ellen McNamara was trying to claim that this week’s estimated $1.5 billion Powerball jackpot was larger than the three next largest lotto winnings. She even had a fancy graphic that she could point to.

The problem? The math was off by a few hundred million bucks.

We’re guessing that what happened is someone looked at the three figures, saw (erroneously) that they were relatively close to $500 million each and multiplied that by three — which would equal $1.5 billion.

The problem with that, of course, is that each of the dollar values were much higher than just $500 million (and, in the case of $590.5, closer to $600 million), so the rounding, as any elementary school student could tell you, kind of gets thrown off…