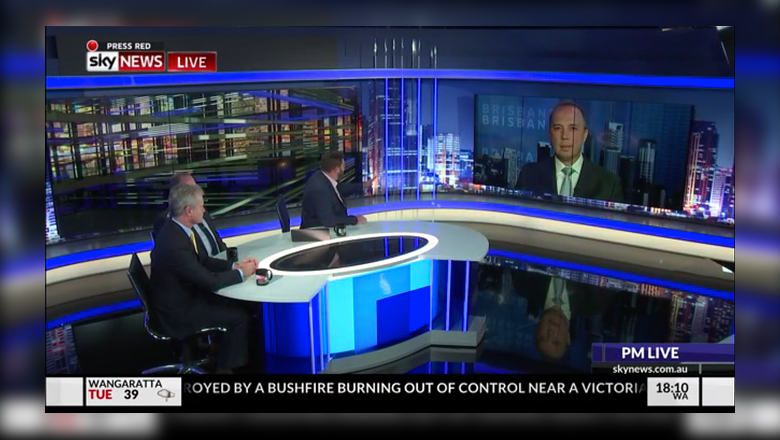 The channel, which is owned by British Sky Broadcasting and two Australian media companies, also has a newsroom set. Two large video walls placed in front of a skyline graphic are used as both video loop backgrounds behind talent as well as a way to integrated remote shots into the studio, either by putting a single person across all four vertically mounted panels or splitting the image during remote roundtables it calls “Multiview.”

The new set comes on the heels of other high profile Australian set debuts, including “Sunrise” on Channel 7, Seven News Sydney and “A Current Affair” as well as Newshub in neighboring New Zealand.