Recap: The Democrats debate on PBS with patriotic design 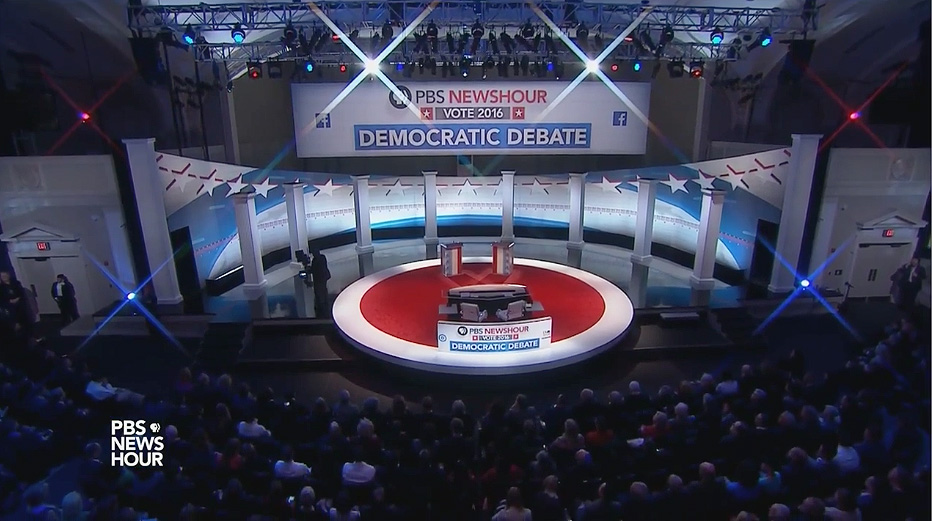 The face off between Bernie Sanders and Hillary Clinton marked the sixth debate of the 2016 election for the Democrats.

PBS, as a non-profit public broadcaster, is not known for its lavish spending on events or sets. With a last minute deal between WETA-TV (the PBS station that produces “NewsHour”) and CNN, most of the production costs were covered, helping also expand the debates TV audience. The design centered around patriotism, with 10 small and 2 large columns surrounding the stage. Between the columns, the “PBS NewsHour” and Facebook logos appeared, along with the “Vote 2016” election branding from PBS. The moderators sat behind a plexiglass desk that included lights for timing and the “NewsHour” logo. For the opening, PBS did a mashup of candidate quotes and footage, ending with its “Vote 2016” opening motion graphics, built from the package Troika delivered with the “NewsHour” rebrand in July 2015. Musically, a cut of Edd Kalehoff’s “NewsHour” theme was used.