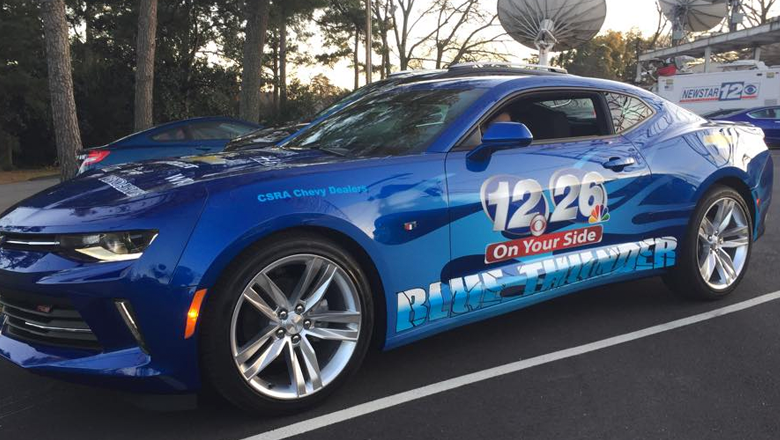 WRDW-TV and WAGT-TV, the CBS and NBC affiliates in Augusta, Ga. are sporting some hot new wheels to go along with their fresh new duopoly arrangement.

The vehicle, a sporty two door Chevy, is sponsored by local dealerships and sports a branded wrapper with both station’s logos. And, as FTVLive points out, the vehicle might not be all that practical for news gathering, but certainly will be an eye-catching branding tool for the station.

WAGT-TV was previously owned by Schurz Communications, which was acquired by Gray Television earlier this year. As a result, the two stations are merging operations and will also simulcast newscasts.

As a result, the station is branding under both the “News 12” and “NBC 26” names, with the “On your side” tagline being used for both. The stations’ logos have also been standardized to match.