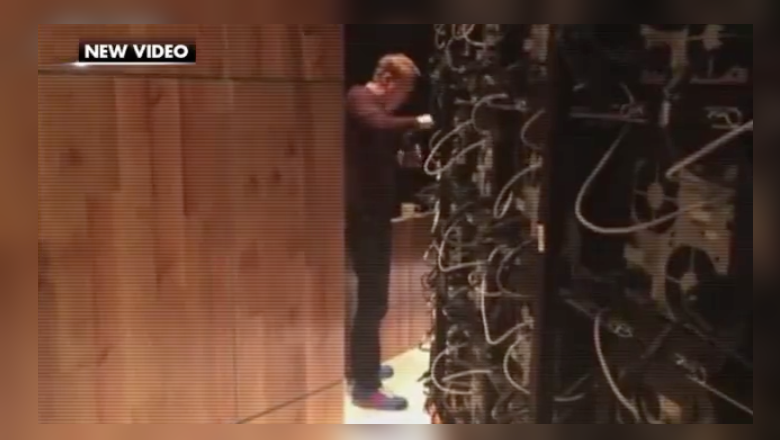 Last week, Fox News anchor Shepard Smith brought his show to a stop to find the source of a strange noise coming from the wall of the set.

Now, “Red Eye” anchor Tom Shillue has revealed he was the source behind it (if you believe him, that is).

‘Something’s in the wall’ of the Fox News Deck

“New footage” obtained by “Red Eye” shows Shillue getting ready for his show and, for some reason, sneaking behind the Fox News Deck set to grind his coffee beans (he apparently likes to do that in private).

The clips show Shillue’s feet sticking out from under the on-set video wall, as well as him behind the set wall, with the backs of the video panels visible.