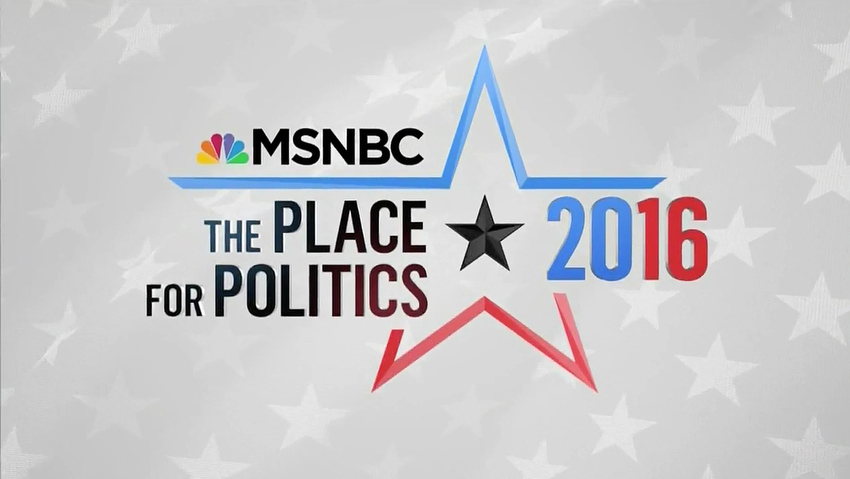 Just in time for the final “Super Tuesday” of the primary season, MSNBC has rolled out new election graphics that take a lighter tone for the network.

The new real-time graphics are powered by Vizrt solutions, which NBC News has been working to transition all of its shows to this year. The changes include a new flat design style opening, which feature a frame with large text that transitions through multiple photos with sound bites. The title card, previously with light text, has been reversed with a white background. The various graphics have an updated font, dropping the previous geometric look in favor of a friendlier display font.

The in-show graphics continue the lighter color scheme, with bold text that’s easy to read and scan on screen, with the bottom bar (which displays results) also showing news headlines during the coverage. The previous look first debuted during the 2012 election cycle, seeing a major update in 2014 with a darker color scheme introduced.

Thanks Don for the video.