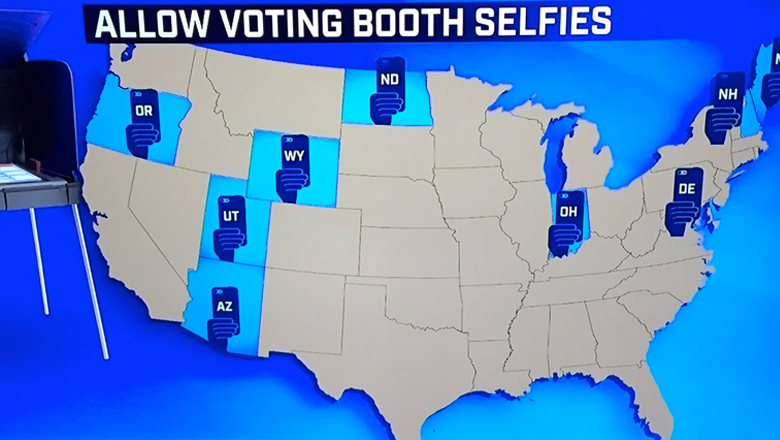 In the continuing stream of TV graphics departments relocating states and countries, NBC News has now managed to “move” Ohio.

The network was doing a story about the “controversy” over voting booth selfies — which is apparently a story worth of national attention — when it showed a map illustrating which states currently allow them.

Ohio is, according to NBC News, one of those states.

However, the “OH” icon on the map was actually placed on neighboring Indiana.

The error was corrected in the network’s second feed.

@NBCNews so on the map Ohio is here..#fumble #nbc #nightly news pic.twitter.com/VlM5h5in4v