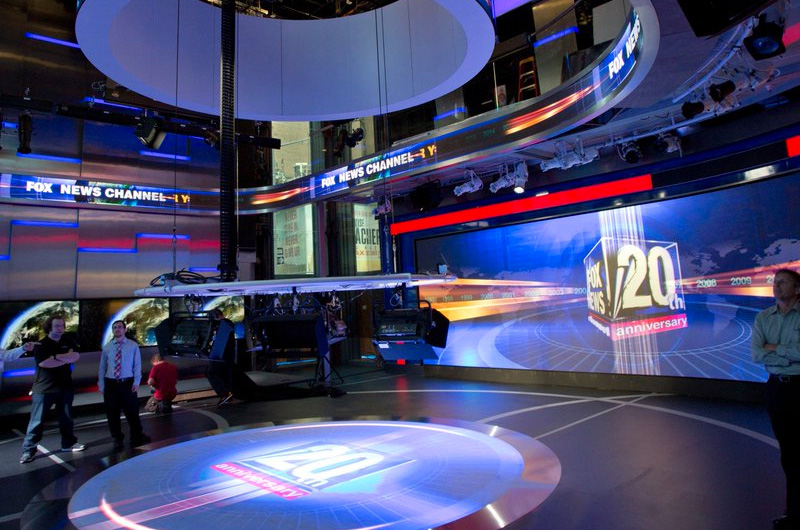 As the votes are cast and counted this November, Fox News will be able to cover the night like no other, with a glittering new street side studio in Midtown Manhattan.

The studio comes in time for the 20th anniversary of the network, which was celebrated in early October.

“I find tremendous amount of pride in what we do here – I can assure you that Bill (Shine) and I are going to do our very best to innovate. An example is this beautiful studio here,” said Jack Abernethy, co-president of Fox News at a recent event marking the anniversary.

The $30 million state-of-the-art studio includes the latest in LED technology and is located in a former Charles Schwab branch which has been completely gutted and renovated with Fox Business Network’s main studio above.

Fox News Channel celebrates its 20th anniversary today! Here's a sneak peek of our newest studio, which will be unveiled on Election Night. pic.twitter.com/LOvxpQxPEM

Fox News is also planning other renovations at its headquarters in the coming year, including new workspace for staff in the newsroom. As well, FoxNews.com will see upgrades to enhance the user experience.