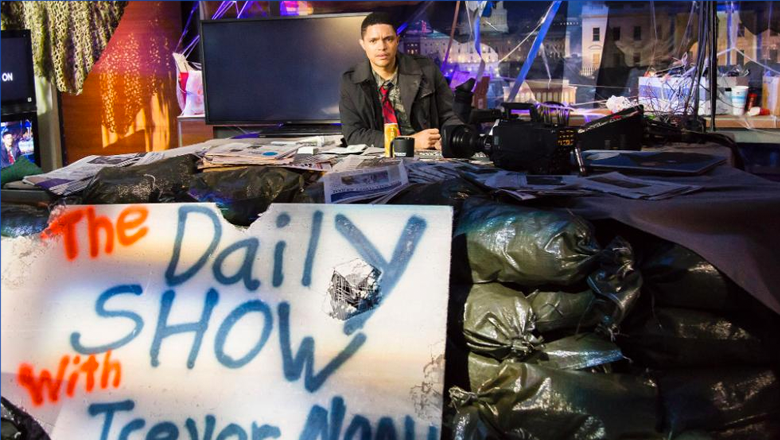 The Daily Show trashed its set for a parody segment set in the future — four years into a Donald Trump presidency, to be exact.

In the show’s Halloween edition, anchor Trevor Noah “came out of hiding” to host “one final” broadcast. the show’s pristine set has been completely taken over by garbage bags, clutter, graffiti and discarded equipment. 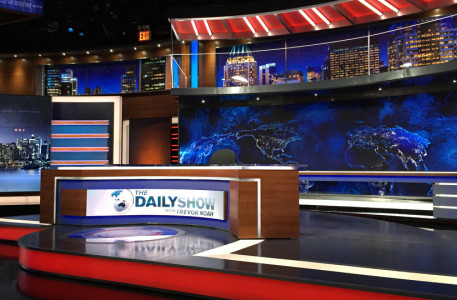 During the episode, Noah sits behind an anchor desk that appears to be made from stacked trash or sand bags, with the LED ribbon that typically sports the broadcast’s logo replaced with a piece of wood spray-painted with the show’s name seemingly thrown on top of the pile.

The set’s main backdrop is a broken and murky image of Washington, D.C. and cables, old drink cups and boxes of clutter are scattered throughout the set as well. The anchor desk, meanwhile, is littered with newspapers.

The broadcast also features purposefully low lighting levels as well as numerous technical “gaffes” in between poking fun of what a Donald Trump presidency could do to the country.

It’s worth noting, however, that at least one flat panel did “survive” the Donald Trump apocalypse — which Trever uses to conduct “remote” interviews.

Catch the full video of the Oct. 31 edition here.