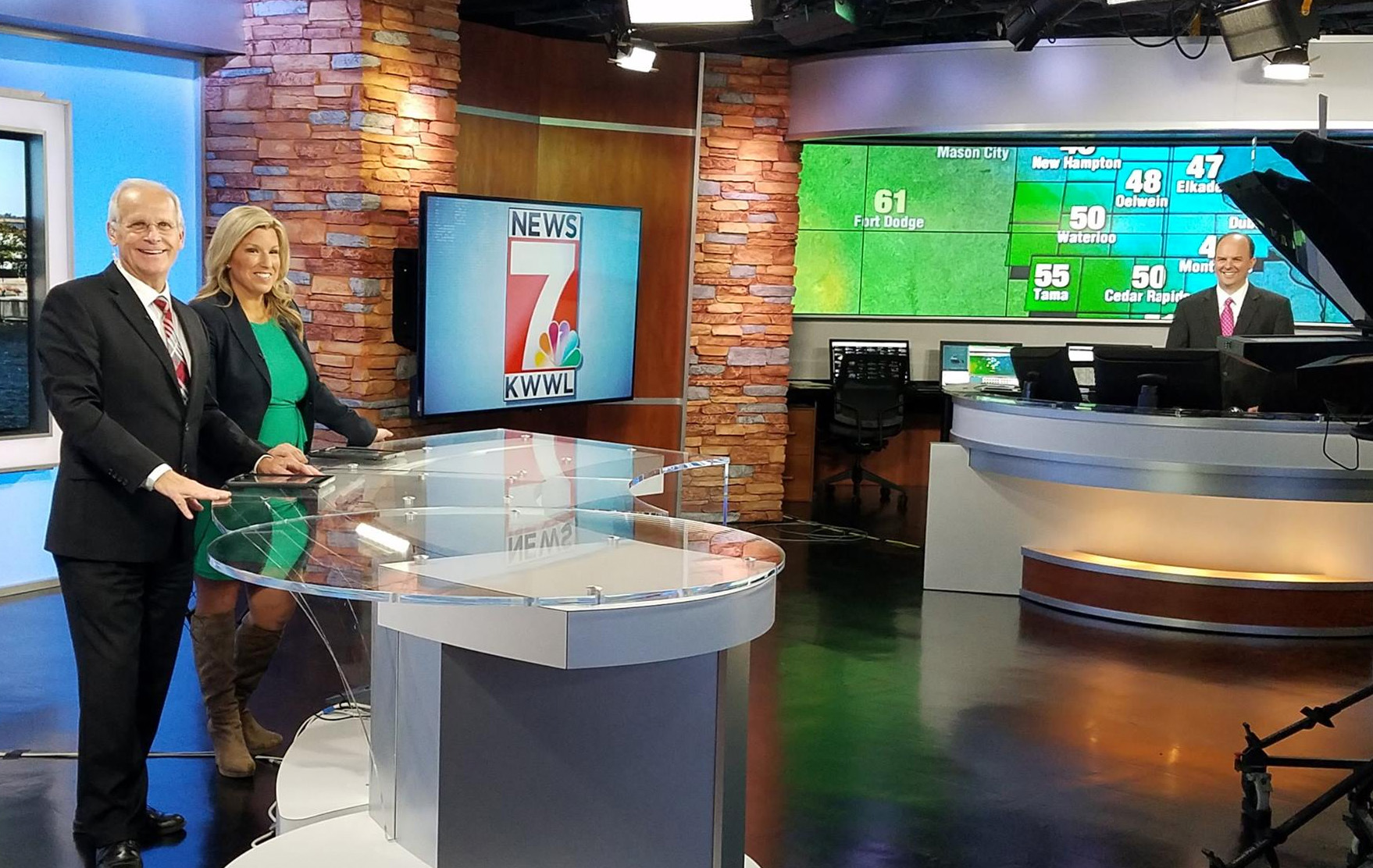 Quincy Media’s KWWL-TV, located in Waterloo, Iowa, went live from its new home this week, part of a $9 million dollar upgrade and renovation at the NBC affiliate.

Working across two phases, the station’s historic building is seeing whole departments move, with the newsroom now on the second floor and sales slated to occupy the first after phase two is complete.

“This has been the culmination of our reconstruction project — an 11,000 square foot rehabilitation, taking our studios and news offices from our first floor, where they were for nearly six decades, to our second floor where we are launching our state-of-the-art facility,” said Jim McKernan, general manager of KWWL-TV.

Along with the building changes, KWWL-TV debuted a set design from FX Design Group that mixes faux stacked stone with backlit paneling and technology.

Camera center, a 6×1 video wall is present with a standing height anchor desk made of plexiglass and backlit elements.

To the right, a working weather center uses an array of monitors to display forecast data and maps with multiple configurable, rotating monitors for standups to the left of the anchor desk.

“This building is very old. In fact, one of my favorite pictures of the building dates to World War I with and Overland automobile, a bunch of the guys in the automobile doing recruiting for the first World War,” said KcKernan.

The station’s former set will see new life at the University of Northern Iowa and Loras College.