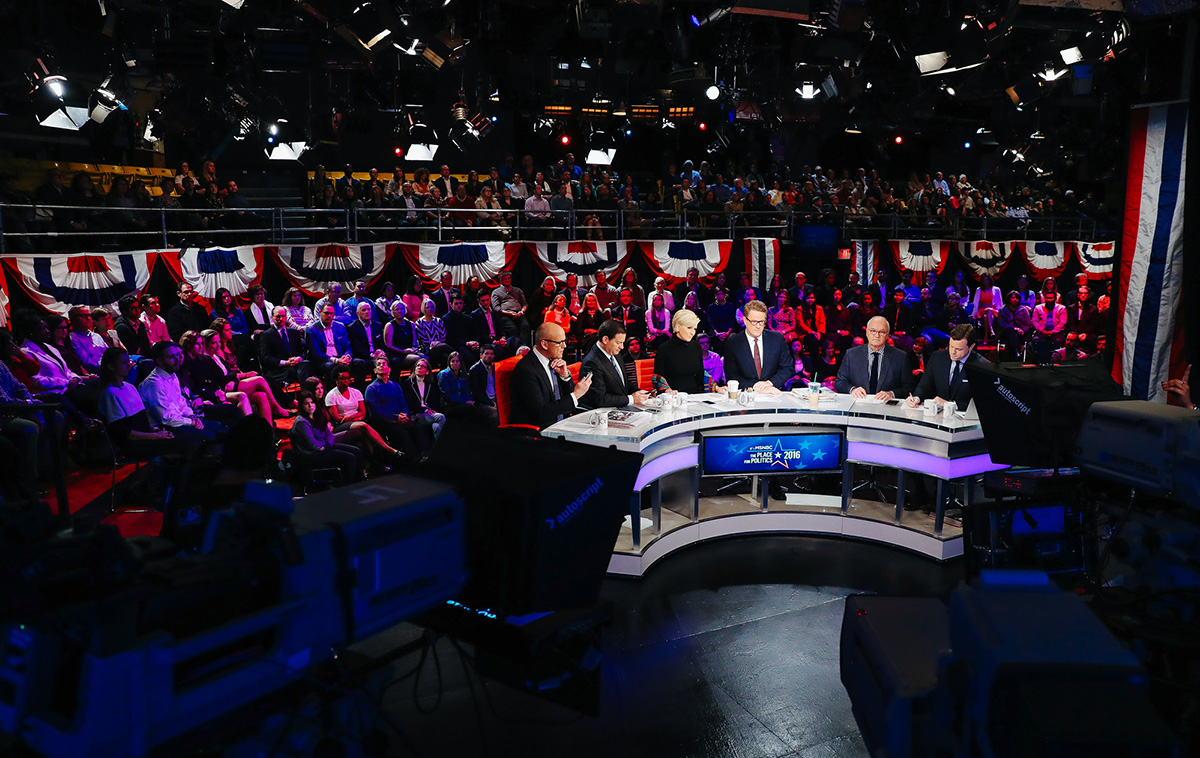 Joe Scarborough, Mika Brzezinski, Willie Geist and a panel of guests talked about the upset election results in front of a live studio audience.

Unlike 2012, the setup featured the audience behind the panel, instead of using a background of patriotic imagery and set dressings. The overall design was fairly bare bones, using some bunting with red and blue downlights on the audience. For the desk, MSNBC used one of the networks standard traveling desks, which have seen use across the country at various debates, primaries and special events.