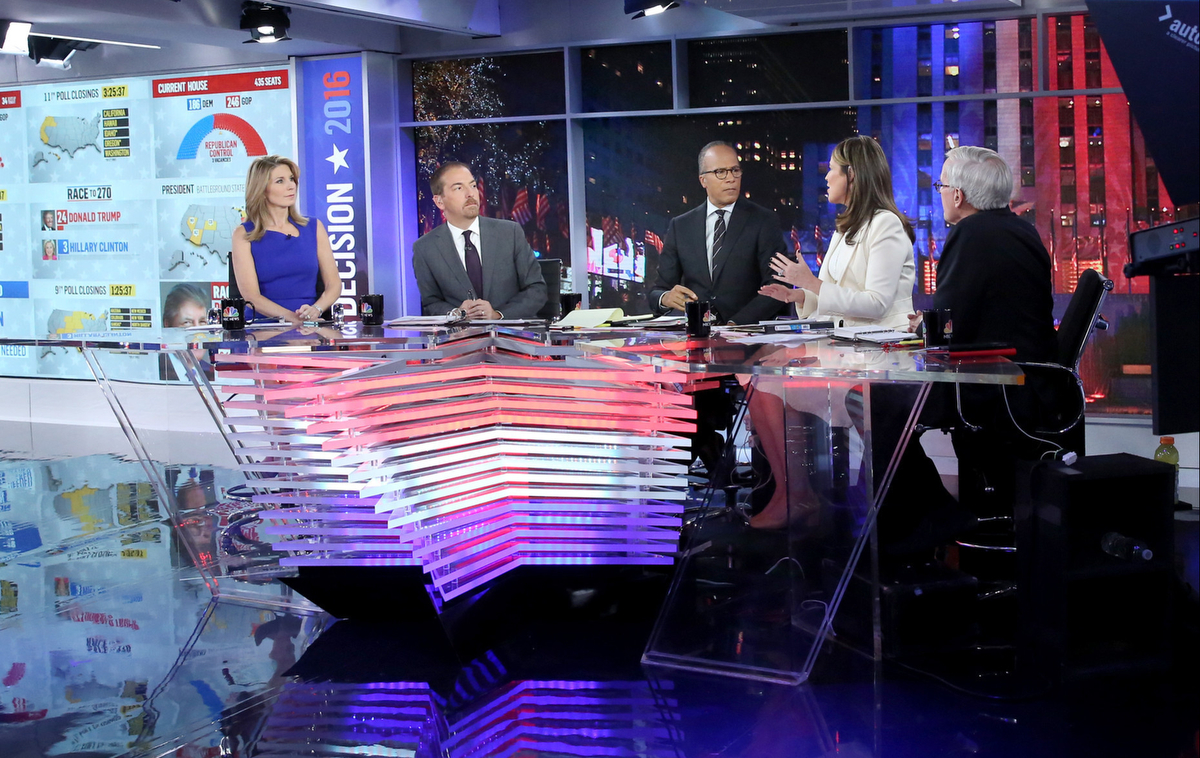 The space, which NBC has officially designated as Studio 4E, represents an expansion of the existing multimedia studio space on the fourth floor of Rockefeller Center, which recently underwent a total renovation.

To convert the space for election night, the network removed the glass wall that once separated the studio space from the working newsroom area, dramatically increasing its footprint. Working with Clickspring Design, NBC added mullions in front of the existing main LED wall. This created the look of windows that is mirrored in both Studio 3B and the updated 3A, with the wall featuring a live feed from outside Rockefeller Center, which NBC had temporarily transformed into “Democracy Plaza.” A new video wall, meanwhile, was added to the space, jutting into the working newsroom space. This wall, which featured a bevy of graphics and data, was powered by Vizrt, which also powered the network’s augmented reality and electoral map.

The other existing LED wall, featuring three tracking panels, had “NBC News Election Center” signage installed above it, and it displayed a view of the ice skating rink in the middle of the plaza that featured the electoral map.

Other updates to the space included vertical columns with election branding as well as a glossy temporary floor.

For the anchor desk, NBC continued to use its edge-lit star desk, which originally debuted during the 2014 midterms, with a new plexiglass top added to allow for additional guests.

During coverage on election night, the network relied heavily on wide steadicam-style shots in order to take full advantage of the vast video walls and the distribution of talent throughout the newsroom.

While many of the elements added to Studio 4E were temporary, some are expected to remain as NBC returns the studio to day-to-day use.

Lighting by The Lighting Design Group