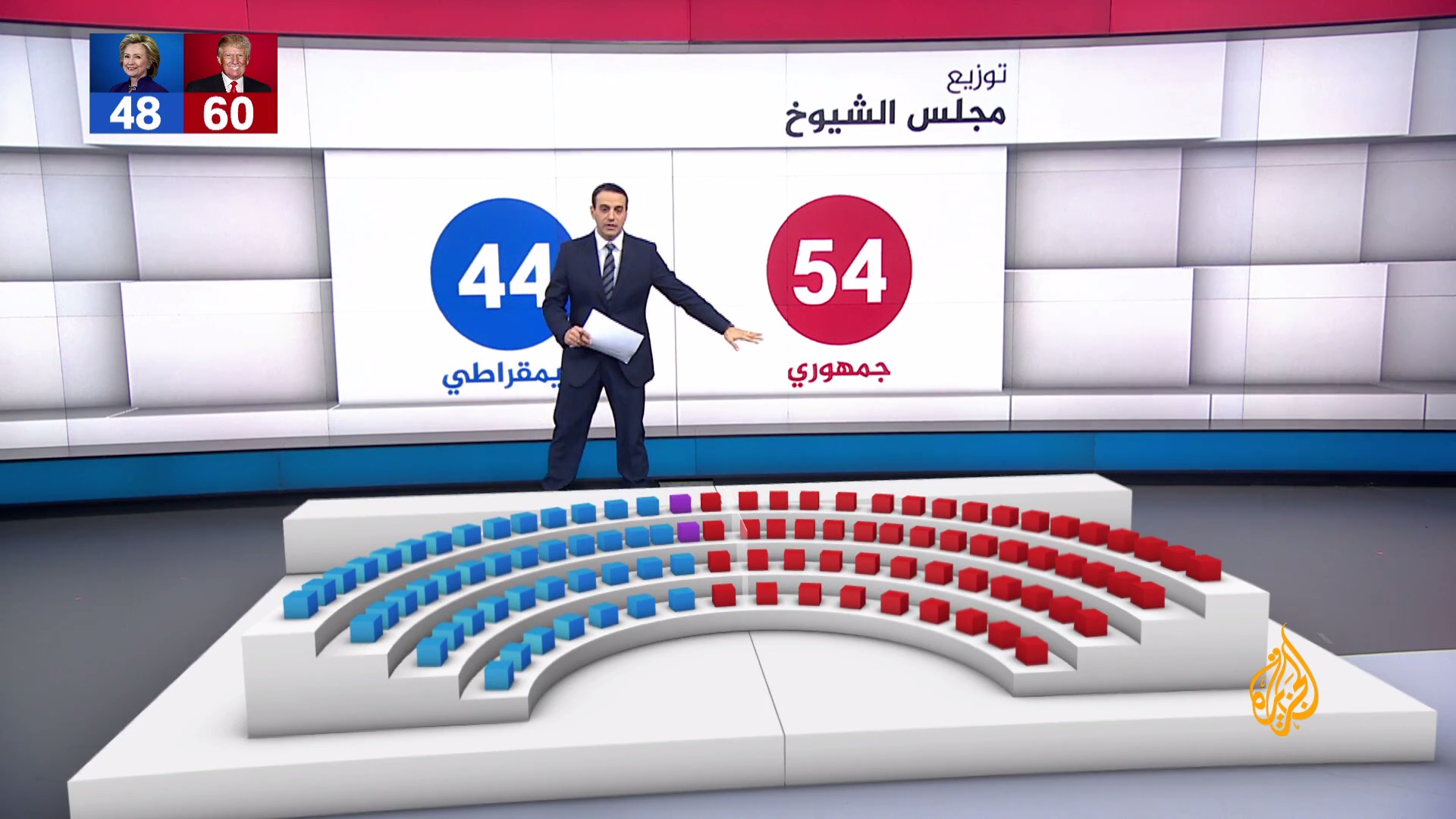 For its coverage of the 2016 presidential election earlier this month, Al Jazeera used real-time data-driven graphics and augmented reality to help viewers understand the results.

Across the network’s various channels, including Al Jazeera Arabic and Al Jazeera English, Astucemedia and Vizrt’s graphics solutions were used to display information in a variety of languages and formats.

Al Jazeera’s “Decision Desk” was broadcast from the network’s headquarters in Doha, which recently debuted an updated newsroom studio and expanded facility.

“The speed and flexibility of this joint real-time 3D graphics solution allowed Al Jazeera’s staff to get results to the screen faster and more efficiently,” said François Laborie, CCO at Vizrt. “With graphics templates designed to automatically retrieve the data and display it on the various platforms Al Jazeera staff had the option to make early projections if needed or wait for the official AP winner projections and results.”

Special templates were set up to automatically retrieve the data and display fully rendered 3D graphics in real-time, leveraging the capabilities of the Astucemedia/Vizrt solution.

Producers used the Astucemedia US Election Data Platform web interface to monitor and manage live results data from the Associated Press. The platform also allowed Al Jazeera to analyze the live data to make their own editorial calls on projections for the state race and published the same data to Aljazeera’s website.

“The solution is so elegant because Astucemedia plugins run seamlessly inside the Viz Engine to ease the flow of live data into attractive graphics in Vizrt and also for mobile and web , but also provide this enhanced middle-layer between AP and Vizrt” said Alexandre Leclerc, CEO at Astucemedia. “We’ve worked with Vizrt on other projects and have had immense success on the creative and technical aspect. We saw the same during Al Jazeera Network’s coverage of the U.S. Presidential Election Night.”

In addition to the on-screen graphics and charts, the Astucemedia/Vizrt solution also drove Al Jazeera’s on-set video walls in their studios and augmented reality graphics to represent the House and Senate races.