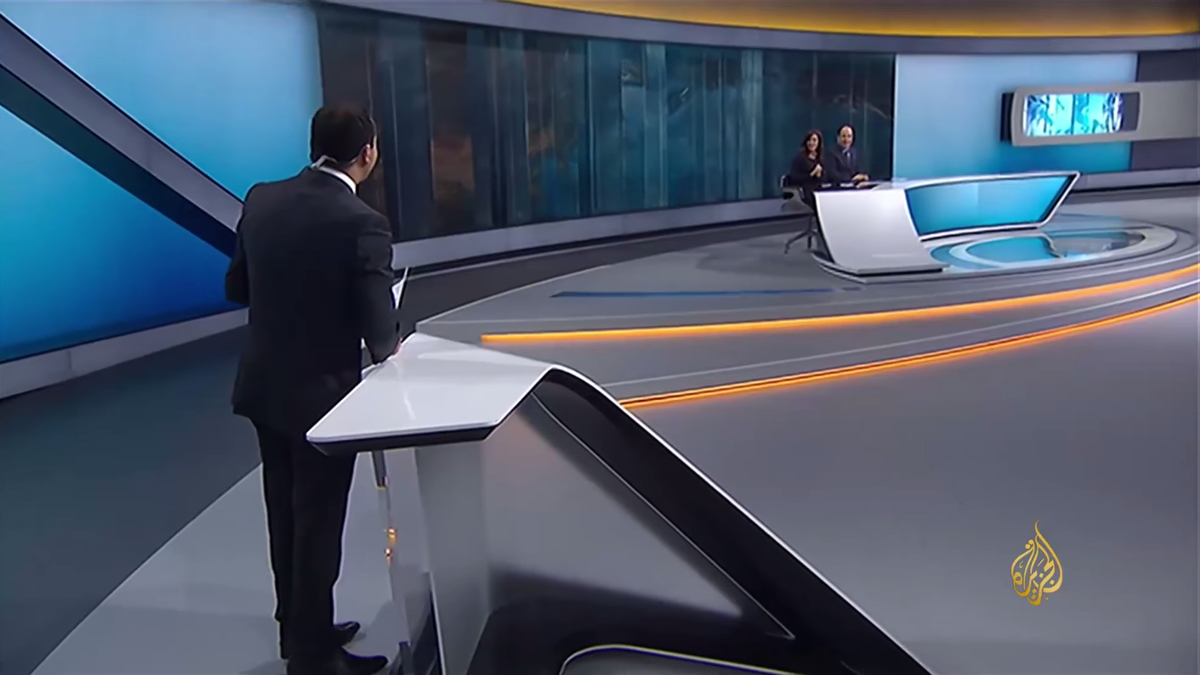 Al Jazeera unveiled its new broadcast facility in Doha Tuesday, marking the occasion with a look back at the 20th anniversary of the network and a large celebration.

Designed by Veech X Veech, who also worked on Al Jazeera London, the project includes a new newsroom and studio for Al Jazeera Arabic along with a new building with studios for a variety of programs, including morning shows and news magazines.

Here’s a quick view at some of the design in the project: New motion graphics and an updated musical theme also debuted with the studios. We’ll have more coverage on this large project in the coming weeks on NewscastStudio.

Headlines from the new newsroom/studio