Q&A: Inside the makeover at TV2 News Denmark 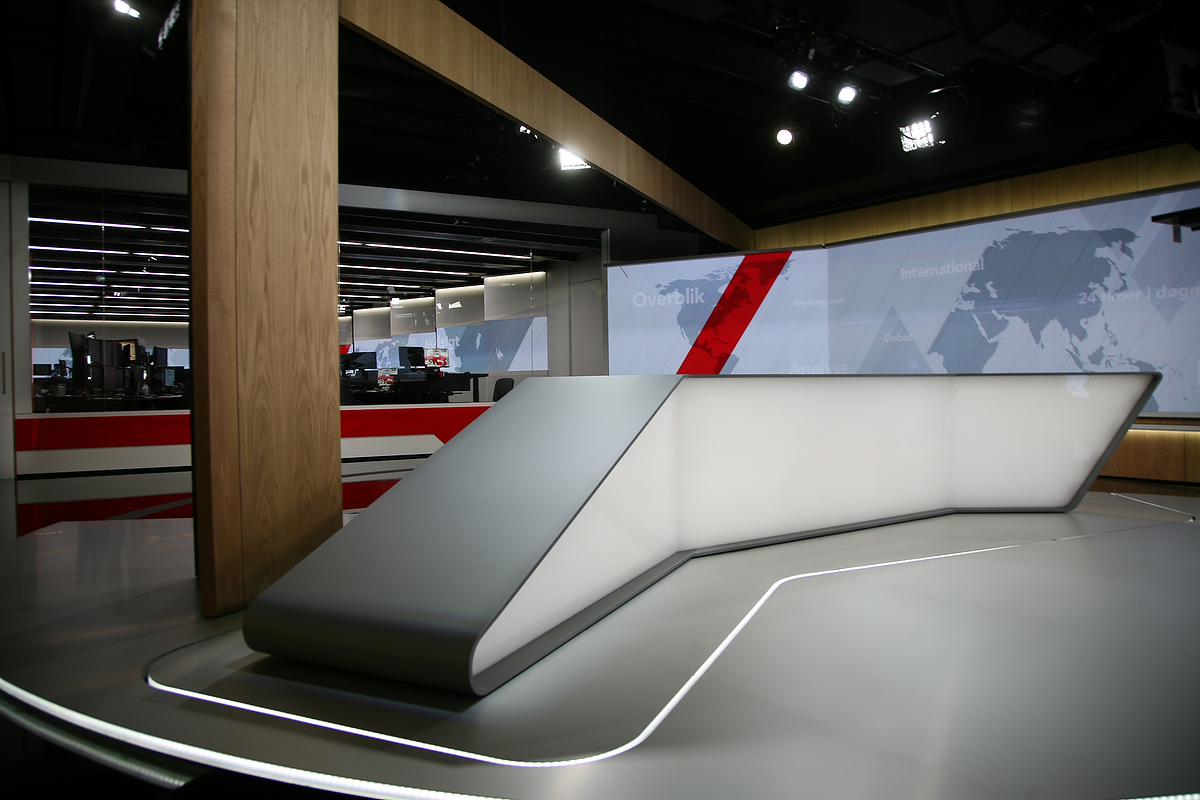 The design, from No Label Studio and designer Mads Hage Thomsen, works to create a symbolic link between the editorial team and the studio while including the latest in LED technology.

We recently had a chance to speak with the designer about the project. Along with the studio launch, TV2 News also remodeled its building, including a new first-floor newsroom.

What was the overall design strategy you used when creating this space?

When TV2 News gave their brief they had 3 requirements:

The biggest initial challenge was that we had to place the studio in a building built for office work. Lobby of TV2 building with studio and newsroom.

The consequence of that decision was that we had to implement ventilation units and work around the basic installations in order to optimize the height of the studio. The goal was to give the studio a modern design feel that supported the station’s overall corporate visual identity. In order to insert the editorial staff in the picture we placed the desks in a X-shape with the editor placed in the middle of it all – and the different teams placed in the “arms”. That trick also allowed us to get bigger depth in the main shot – and it let us simplify the scenography while obtaining scalability.

What was the scope/goals of the space?

The studio is divided into 3 zones: The main position is approximately 26 m2 mounted with a stepless elevator function.

The disk goes up while the floor goes down, allowing you to change from seated to standing position in a matter of minutes without having to change the lights. It also gives the host the opportunity to go from zone 1 to zone 2 during a live show.

What is unique about the space and the cameras used to shoot the set?

2 cameras placed on floor rails. The rails are placed in a 60 cm deep furrow which means that only the cameras and pedestals are above floor level.

1 camera placed on a floor pedestal

Each zone handles up to 6 cameras simultaneously.

How is this look unique from other newsroom sets?

I will leave that question to others – but I feel that the studio is modern and allows TV2 News to provide a credible and up-to-date news coverage.