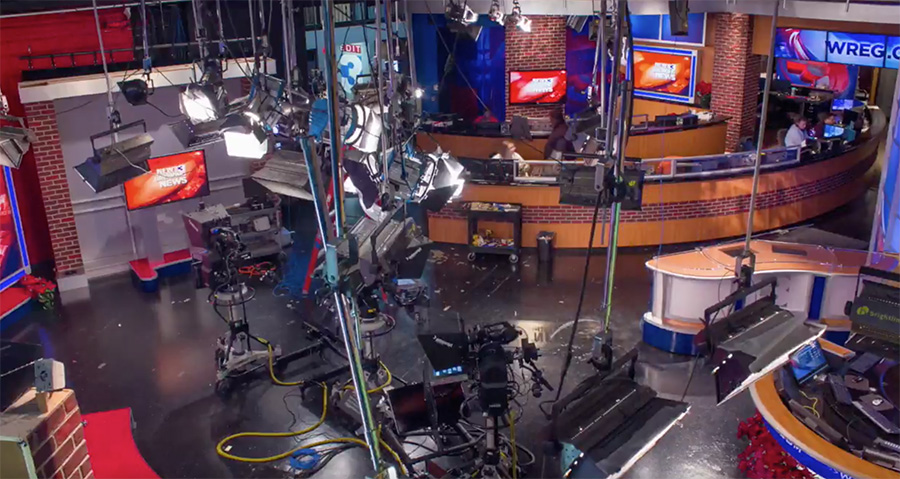 To tease the changes, which are expected to launch around the first of the new year, the station posted a video on social media showing work underway with the caption “Change is coming. Are you ready?”

The start of a new year is upon us. Which means it's time to reflect on the past year and make changes for a better one. Are you ready? pic.twitter.com/amAAg4zftQ

The studio space was last overhauled in 2012, when a complete makeover was unveiled from FX Design Group that mixed brick walls with backlit elements and a large assignment desk.

Earlier this year, the set design also saw some updates, with WREG-TV broadcasting temporarily from Studio B.