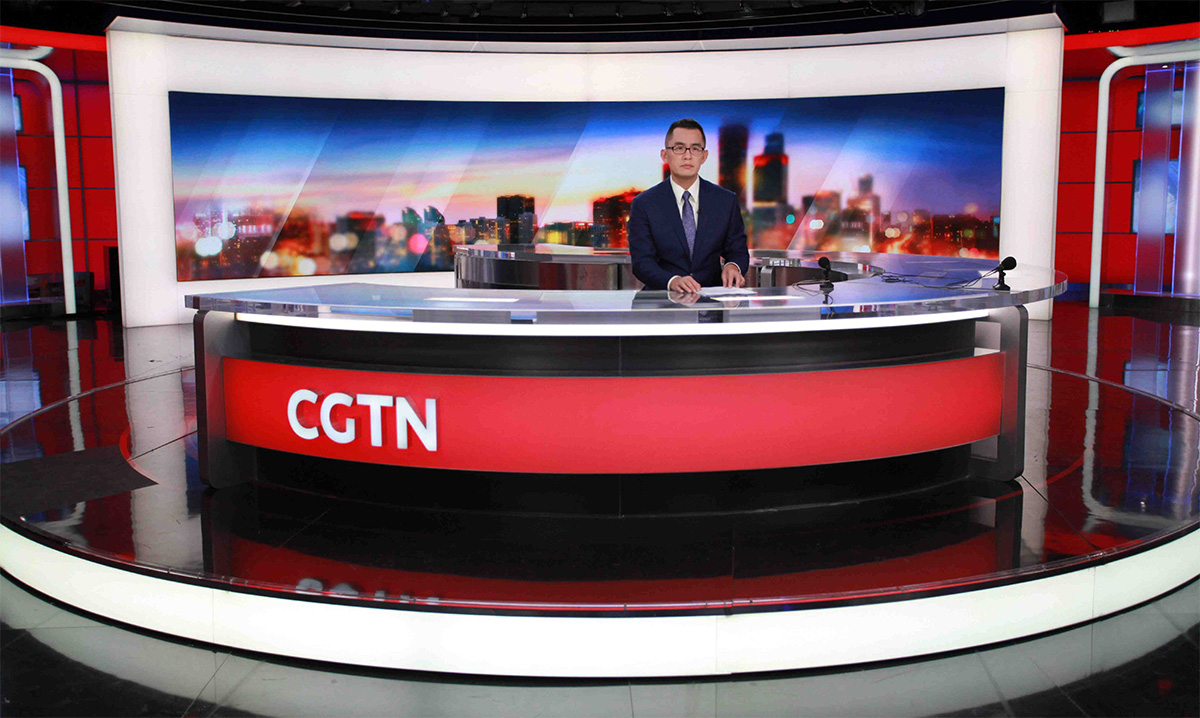 China’s CCTV International ushered in the new year with a rebranding of sorts, updating its name and moving to a mobile first, convergence strategy, part of the network’s effort to help viewers “see the difference.”

CGTN also updated its mobile apps to include live video and is planning a production facility in Europe to compliment its centers in Beijing, Washington and Nairobi.

Flint Skallen, which developed the current motion graphics package, worked with CGTN to update the look for the new branding and tagline. Some programs also updated names, such as “News Desk” retitling as “The World Today.”

The former studio of CCTV News 13 (the main news channel in China) is now the primary news studio of CGTN News, with a series of smaller studios also in use for the various language channels.