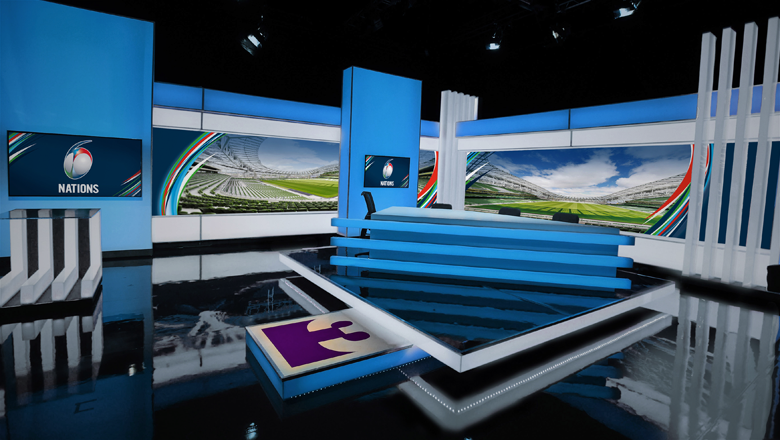 Operating out of its flagship broadcast hub in Dublin, TV3 needed to revitalize the traditional daily studio production for a range of its key programming, re-enforce its shows’ brands to viewers, and give producers and journalists greater ownership of their content.

The soon-to-be upgraded “Studio One” is the main workhorse of TV3, broadcasting almost all of the daily studio output, covering everything from news and magazine shows to current affairs.

TV3 will be incorporating the industry’s most comprehensive tools from the Avid Storage, Media and Studio Suites into an existing Avid infrastructure to maximize audience engagement with stunning visual content and graphics. This includes integrating Avid Maestro and 4Designer – two of the most powerful tools from the Avid Studio Suite – with existing Avid Media Composer suites, Avid Interplay Production media management and Avid shared storage.

“We feel graphical information should never be intrusive, but only add to the narrative of the main content,” said Liam O Neill, head of graphics at TV3 Group in a statement. “Avid’s tools will help us create greater ownership and awareness of graphic looks within program teams. It will also allow the TV3 graphics team greater movement to create more dynamic transitions, which in turn, will create a more balanced flow between graphic and live studio content.”

TV3’s investment also includes a support contract with Avid Global Services, tailored to meet the needs of the entire broadcast group and its channels. Users and operators have access to training packages to learn and use the systems to their best ability to increase the lifetime value of these new assets. Avid’s high-quality integrated graphics systems will also allow TV3 to easily adapt future requirements, such as moving toward cloud-based workflows.

Supplied by Dublin-based reseller and Avid partner, Tyrell CCT, TV3’s project was designed on a flexible deployment model, expanding upon their current commercial structure and licensing arrangement. The upgrade will go live toward the end of January 2017, with a view to enhance TV3’s ‘Studio Two’ in the near future.

Beginning in the late 1990’s, TV3 Group is a key player in Irish TV entertainment, offering viewers the most popular programming, including global sports events like the Rugby World Cup, news, analytical and documentary shows, entertainment programs and award-winning reality television like The X Factor and Britain’s Got Talent.

It also runs a sister channel, 3e, targeting a younger audience demographic between 15 and 34.