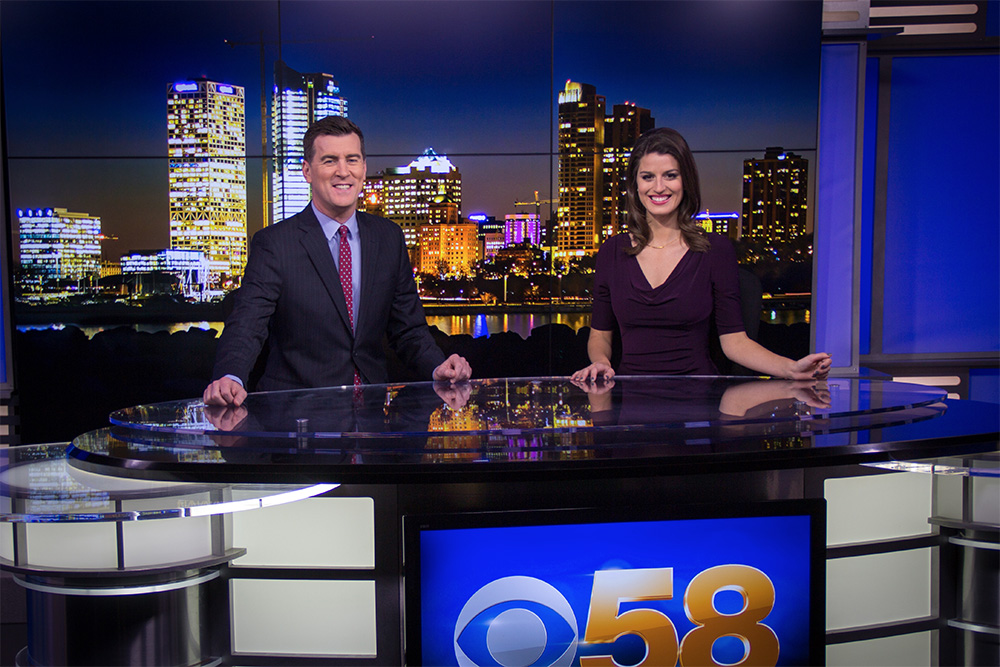 Weigel Broadcasting’s WDJT, CBS 58 Milwaukee, has updated its look along with an anchor lineup shuffle.

The set design, which debuted in October 2015, has had its main anchor desk replaced, along with a new 3×3 monitor wall added camera center.

The previous design featured low-resolution LEDs around the set which played blurred out video of motion graphics. The new look moves away from this, adding a skyline background. The standup area has also been updated, adding additional technology and a new, moving, presentation pod.

Earlier this week, Kate Chappell moved from mornings to 5 and 10 p.m., anchoring alongside Bill Walsh. Michele McCormack shifted to the noon and 4 p.m. newscast.