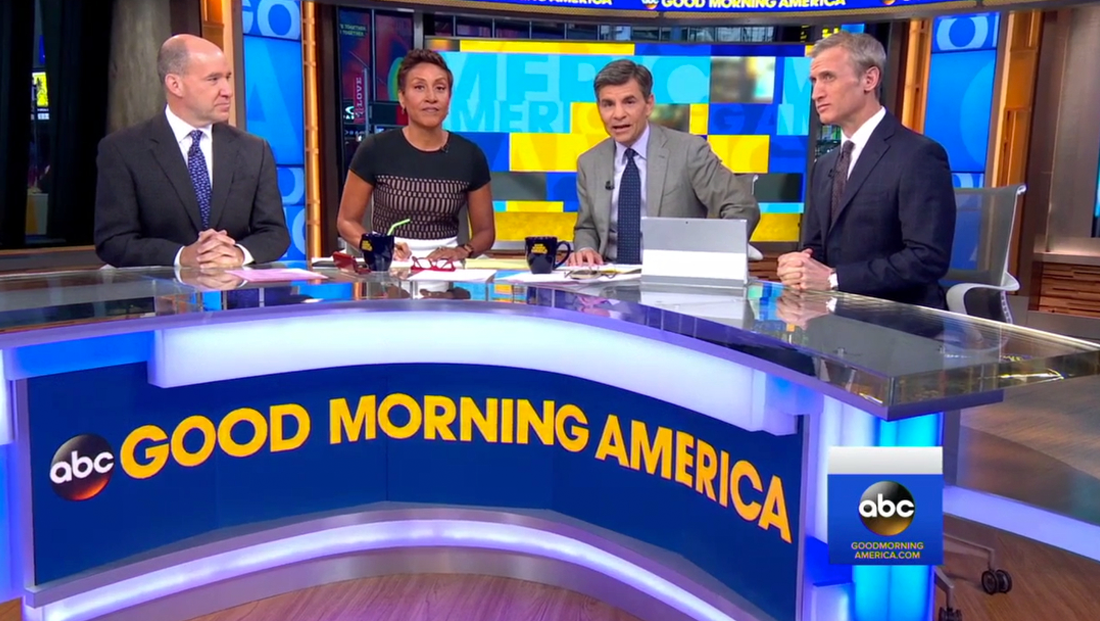 The new U-shaped anchor desk from Seth Easter features blocks of icy internally lit elements on either side and extending across the front.

An array of LED panels completes the front elevation of the desk.

The desk and entire home base area has been moved and now features real windows behind it with The Lighting Design Group providing relighting of the space. In front of the windows, a large video wall allows the show to use branded graphics while also serving as a way to cover what can sometimes be a distracting view.

The previous anchor desk location was in front of a large large video wall with a live view of Times Square fed to it. The new location also adds the ability for anchors sitting at the desk to toss to in-studio standups. Prior to this home base, the show used a large desk with a ribbon like front inspired by the LED ribbons on the outside of its studio as well as a smaller look with more straight elements.