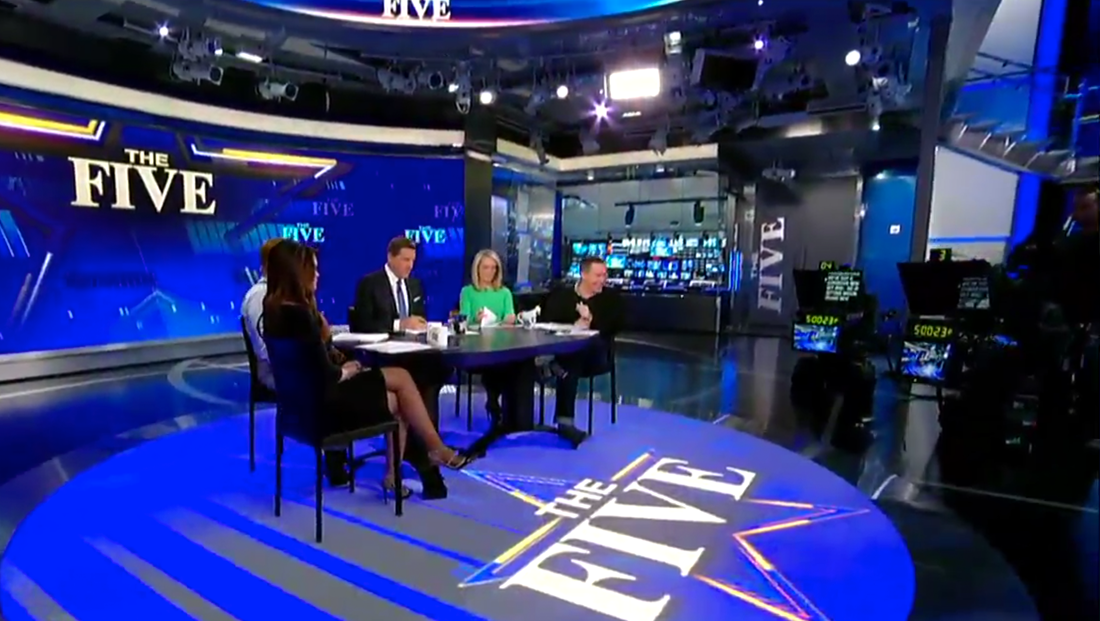 Fox News Channel’s “The Five” has officially moved to Studio F, the network’s massive new studio it debuted for election coverage in November.

The show moved to the new studio Monday and took advantage of the studio’s multiple video surfaces to create a fully branded environment.

The show’s logo is fed to the floor’s video panel, while the studio’s main curved LED video wall serves as the primary background behind the five hosts. Other branding is worked into the wraparound LED ribbon and with a “Five” logo gobo. When the show throws up a five-shot of all five hosts, Greg Gutfeld’s appears in front of a video loop of a control room that is fed to the video wall behind the studio’s small in-studio work area.

Meanwhile, the other four hosts have the show’s standard background behind them (though Bob Beckel’s one shot does include part of the internally lit frame that surrounds the video wall.

“The Five” is now the second Fox News show to permanently move to Studio F.

The Martha MacCallum-hosted “The First 100 Days” became the first show to use the space when it moved in in January.