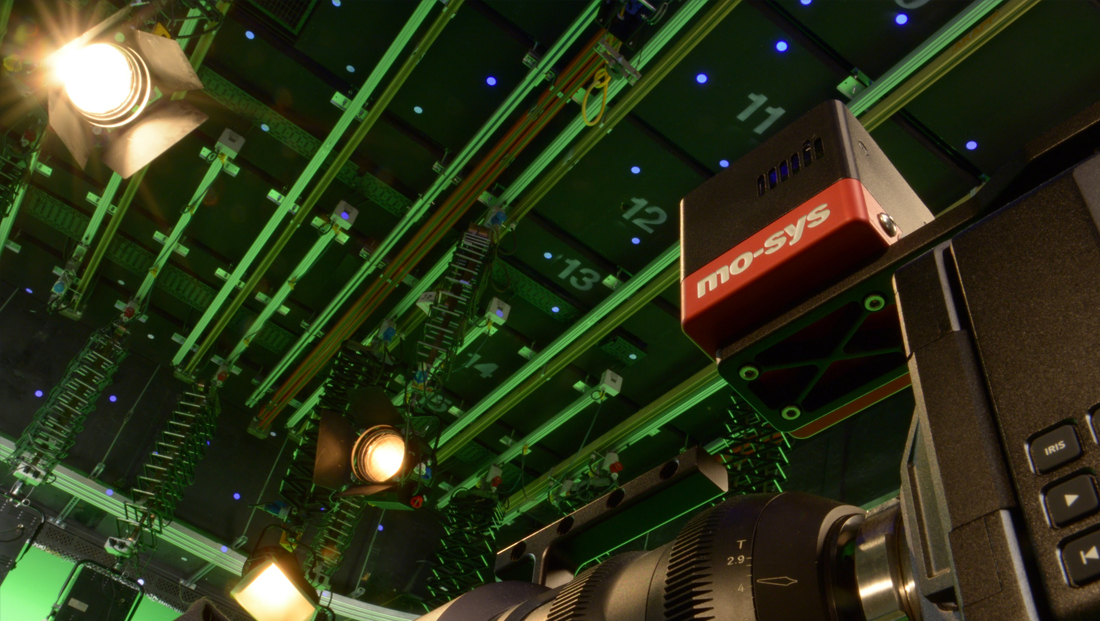 Since StarTracker’s introduction last year, it’s found a home at networks, including: BBC, FOX, Telemundo, NHK, Sky Sports, ZDF in Germany, and ESPN; and corporations such as Hewlett-Packard, Audi and General Electric.

Mo-Sys systems are in use in over 40 countries.

The increased acceptance is due in large part to the company’s simplification of camera tracking and its subsequent lower cost. “You can literally turn it on like a light switch,” Michael Geissler, CEO, Mo-Sys Engineering explained in a statement. “Every day you simply flick a switch and you’re good to go. It runs in the background and works every time.

There’s no more advanced or cost-effective way to track in-studio cameras, on pedestals or handheld, for virtual set production. When you compare what StarTracker can do against the expense and complexity of traditional camera tracking methods for VR and AR, this is genuinely disruptive technology.”

As opposed to competitive systems developed for other applications that are triple the cost and employ several high-cost infrared cameras, StarTracker was purpose built for virtual studio camera tracking. It uses a single optical sensor on one navigation camera and retro-reflective stickers that are peeled from a roll and placed as a ‘constellation’ on the studio ceiling.

LED light reflected by the ‘stars’ is detected by the navigation camera. The navigation camera transmits the location data to the graphics engine which produces the virtual environment. Initial set-up can be achieved in hours, after which no further calibration is required. It works equally well mounted on pedestals, cranes, jibs or for use with handheld cameras.

German production company Plazamedia uses two StarTracker systems for their client Sky Sports for in-studio production of the UEFA Champions League. StarTracker systems mounted to a Vinten pedestal and a crane are used in the creation of augmented reality graphics. “In the past, camera tracking was a nightmare,” said Michael Ermair, head of graphics technology, Plazamedia.

“With StarTracker, it’s just an automated process running in the background. It frees us to focus more on creativity. It’s been a significant upgrade for us in terms of production value and reliability. The time-consuming homing procedure of mechanical tracking has been replaced with a maintenance-free optical marker recognition-based tracking system. StarTracker has made it immeasurably easier and more enjoyable to do virtual production.”

Before StarTracker, in-studio camera tracking was performed with a combination of disparate technology packaged together as part of an overall virtual set bundle. “It was like a cocktail of solutions sold as one,” explained Geissler. “Now, technical directors have a choice for tracking. And they know that they can select a more robust and cost-effective in-studio tracking solution for their application.”

Mo-Sys continues to improve upon the technology. As proof of this, the latest release of StarTracker, Version 2.0., will be on display in its NAB booth (C9148). Version 2.0 provides increased positional accuracy when tracking camera movements.

Also highlighted in the Mo-Sys NAB booth will be: the L40 remote head for high-end digital cinematography; the V70 encoding kit; a bolt-on encoding kit for the Vinten Vector 70 series camera heads; and the high-resolution encoding kit for Jimmy Jib cranes, jib arms and other heads.

“We’re thrilled with the reception to StarTracker just a year after its introduction,” added Geissler. “Its versatility and reliability truly set it apart. We’re confident that once NAB attendees see first-hand how robust this system is, its price point and ease of use, we’ll generate a ton of excitement at the show.”