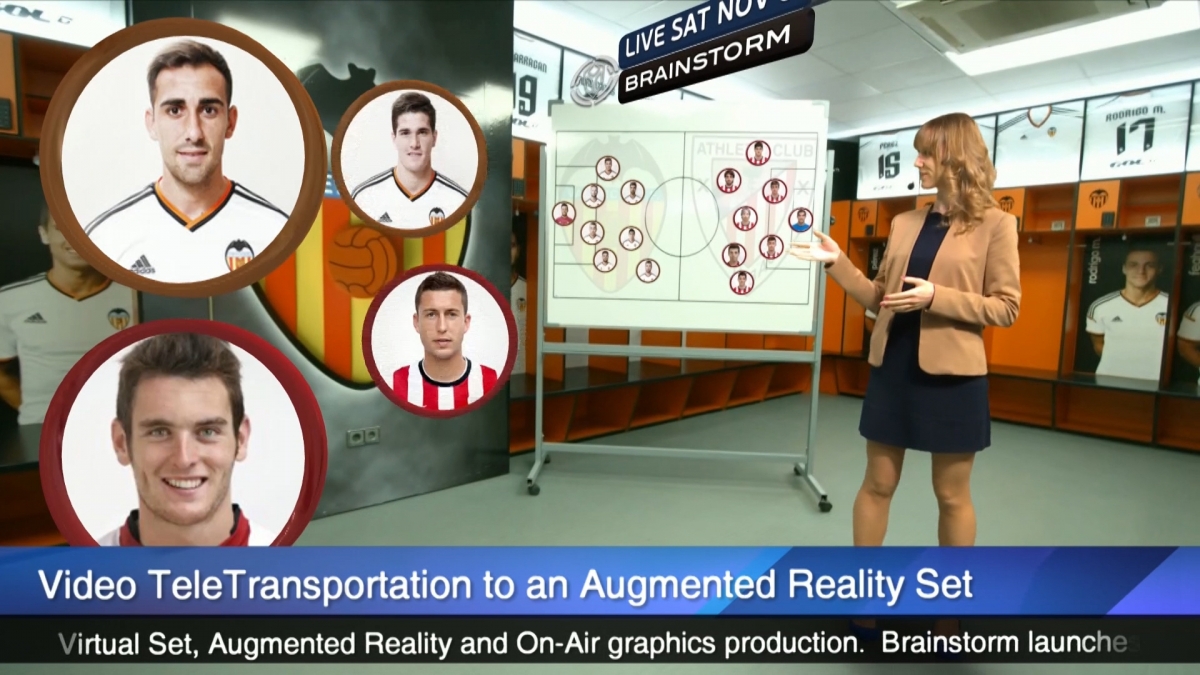 Brainstorm will unveil an upgraded version of InfinitySet, its award-winning augmented reality and virtual set solution, at the upcoming NAB Show.

“We are constantly developing InfinitySet to be the most advanced, state-of-the-art Virtual Set and Augmented Reality solution in the market. With the new features and improvements InfinitySet 3 showcases at NAB we expect to see new levels of complexity and realism, resulting in an impressive visual experience, which can be further improved in the future by using additional hardware such as VR glasses” said Ricardo Montesa, CEO and founder of Brainstorm.

At NAB 2017 Brainstorm will further enhance its InfinitySet virtual set solution with advanced graphics features. InfinitySet 3 not only seamlessly integrates Aston projects, but now also includes all the graphics editing and creation features of Aston so it can edit, manage and create 2D/3D motion graphics when required.

As much Augmented Reality content requires advanced graphics features to guarantee the accuracy and realism of the result, InfinitySet 3 now takes advantage of the Aston graphics creation and editing toolset to achieve this. This allows for direct editing of not only Aston projects but the individual elements, animations, StormLogic, data feeds, etc., as if they were in Aston. And even for the creation of new elements within the composition, changing the attributes and much more. This means that in broadcast operation, or while on-air, InfinitySet 3 operators will be able to adjust any object in the scene, even those with added properties such as animations or external data feeds.

InfinitySet features a vast Virtual Set toolset including industry-first technologies such as 3D Presenter, TeleTransporter, HandsTracking and FreeWalking, all of them taking advantage of Brainstorm’s unique TrackFree technology. With InfinitySet 3, this technology has been pushed further to create new features that improve InfinitySet’s Augmented Reality features, such as VideoGate and VideoCAVE. The new VirtualGate feature allows for the seamless integration of the presenter not only in the virtual set but also inside additional content within it, so the talent in the virtual world can be teletransported to any video with full broadcast continuity.

At NAB 2017 Brainstorm will also demonstrate VideoCAVE, a Mixed Reality application using monitors in a real set performing as a CAVE multiple window, with virtual elements coming in from the virtual windows to the real scene as viewed from a tracked broadcast camera, and the result of Brainstorm’s more than 15 years of experience in successfully developing and installing such systems.

Along with those features, InfinitySet 3 will demonstrate support for 3rd party render engines, with special interest in gaming and architectural engines such as Unreal Engine. As it will be integrated with the Brainstorm eStudio render engine, this allows InfinitySet 3 to include real-time graphics elements such as 3D motion graphics, lower-thirds, tickers, CG and many other, within the excellently rendered and realistic background scene.