Autoscript brings IP to the world of teleprompters with new hardware 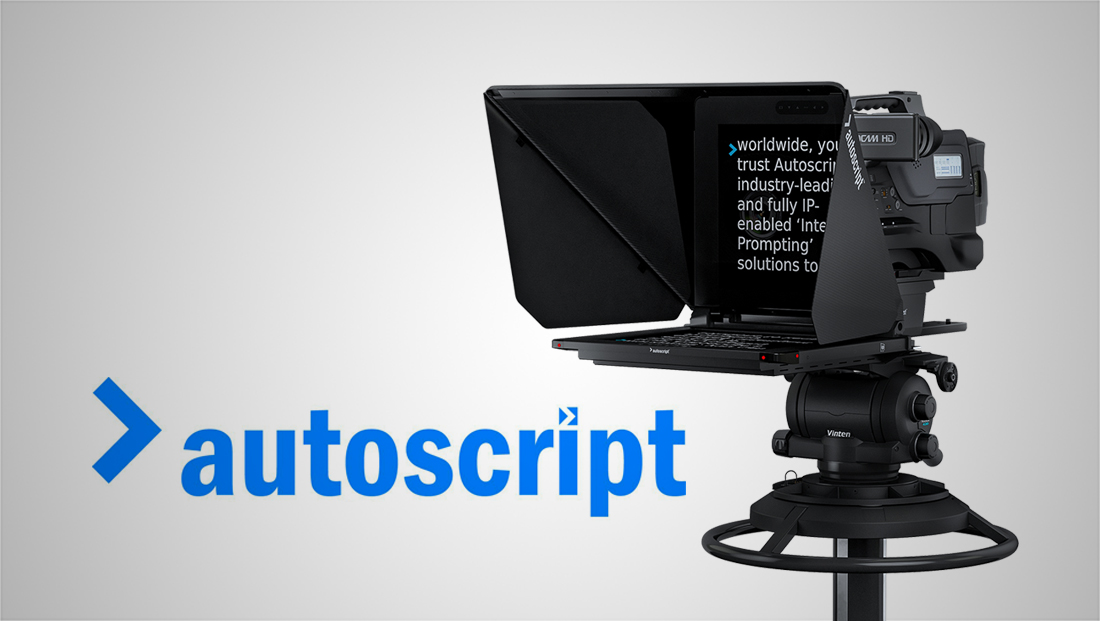 Not much technologically has changed in prompting in the past few years, besides small advancements in workflows, but this year, Vitec’s Autoscript hopes to change that.

During this year’s NAB Show, the company introduced the first IP-enabled teleprompter, along with a refreshed software suite, new overall design and control device.

“Until now, prompting systems have relied on USB, video, and serial cables to connect the controller to the prompting engine and deliver prompting output to the monitor. Our customers needed a seamless IP prompting workflow for today’s evolving broadcast environments,” said Robin Brown, product manager at Autoscript. “Our engineers have redesigned each component within the prompting system around an IP-enabled workflow that’s both reliable and flexible. Plus, we’ve created a scalable architecture that supports users at any stage in their transition to IP.”

With the IP update, Autoscript notes that one operator could control multiple teleprompters from anywhere in the world. IP also allows for increased redundancy with multiple application installs, making the system hot-swappable.

Autoscript’s WinPlus software has been updated with the move to IP, with a new menu structure and user interface, along with functionality enhancements. Overall, the new hardware demoed during the NAB Show was sleek and lightweight, with a depth of 41.5mm (compared to previous units at 65mm).

The new prompter unit uses a carbon-fiber hood to reduce weight with an easy install time of just minutes. The unit is also collapsible for easy storage and transport.

The new hardware will be shipping soon and is available in a variety of packages, with some upgraded models including monitors and clocks built-in.