Fox News to debut L.A. studio with ‘The Next Revolution’ 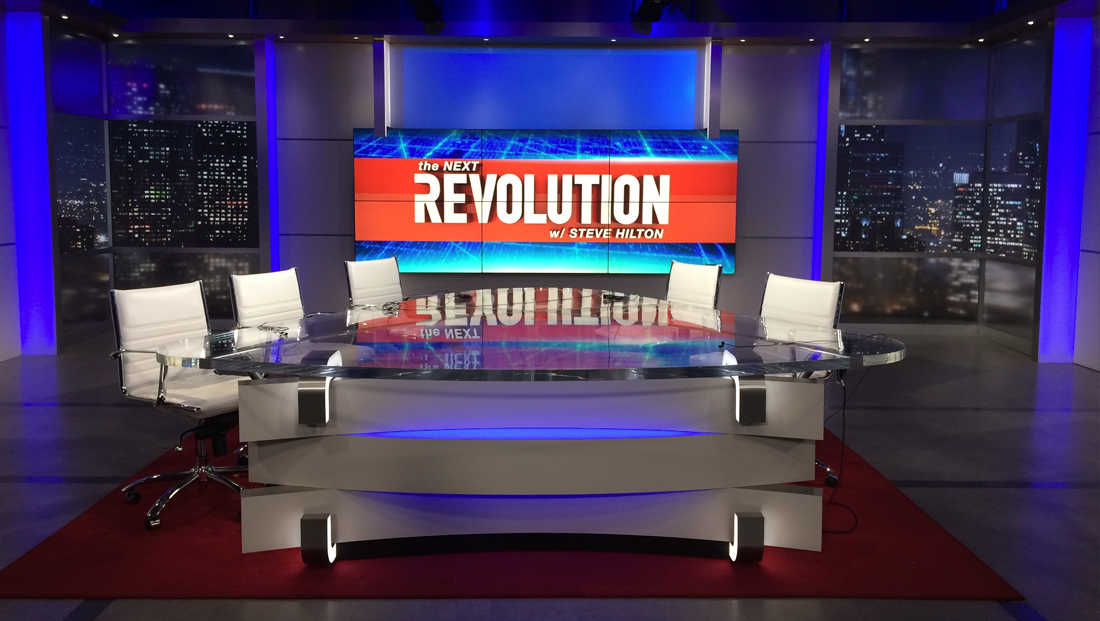 Fox News Channel will debut its new Los Angeles studio facility with the debut of “The Next Revolution” this Sunday.

The show, which debuts at 9 p.m. eastern will take an in-depth look at several different issues impacting the government and society. The hourlong program will feature a rotating panel of three experts joining host Steve Hilton for discussions and debates on the top stories of the week.

During the show’s debut, Hilton will present interviews with employees from the Silicon Valley who have not opened up about their political views for fear of backlash. The panel members will sit around a triangular shaped desk fronted with three alternating curved bands and integrated accent lighting.

The corners of the studio, meanwhile, feature cityscape backgrounds with frosted panels, while the main, camera center background incorporates a lighting panel as well.