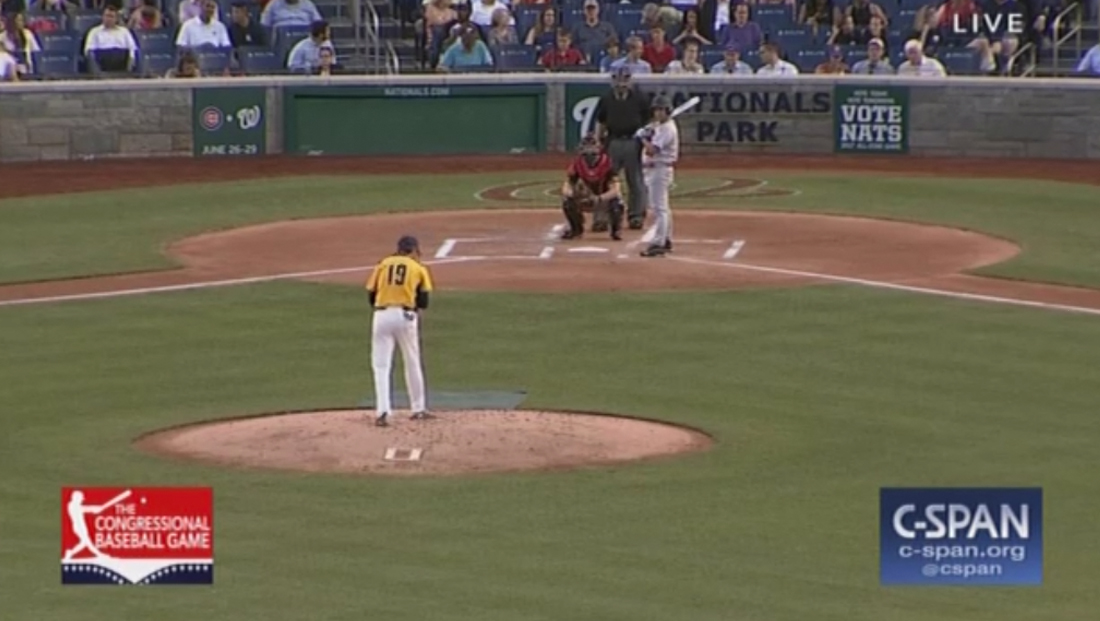 The network, known for carrying notoriously dry live feeds from Congress, carried the Congressional Baseball Game Thursday due to increased interest in the event after Wednesday’s shooting during a practice for the annual event.

C-SPAN carried the live audio commentary from Federal News Radio, a station that, despite its name, is not a government entity, but rather a commercial AM news and talk radio station aimed at government employees.

The game lacked any sort of the traditional graphics elements one would expect to find with a baseball game — including any kind of timers or score box.

Instead, C-SPAN ran its normal bug in the lower right, with a rectangular version of the game’s official logo in the lower left.

In fairness, given that C-SPAN does not normally carry sports programming, implementing score graphics and similar content might not have been in the cards for C-SPAN. Other cable networks carried video from the game live at various points throughout the evening.

Fox News carried a live feed of the game in a split screen style layout during much of its regular early evening and primetime programming.

The shows did, naturally cover the game and shooting directly, but also discussed other topics while the feed remained on air or, in some cases, dropped the feed completely.

A dedicated feed of the game, meanwhile, was streamed on Facebook Live as well as the cable network’s own sites and apps.