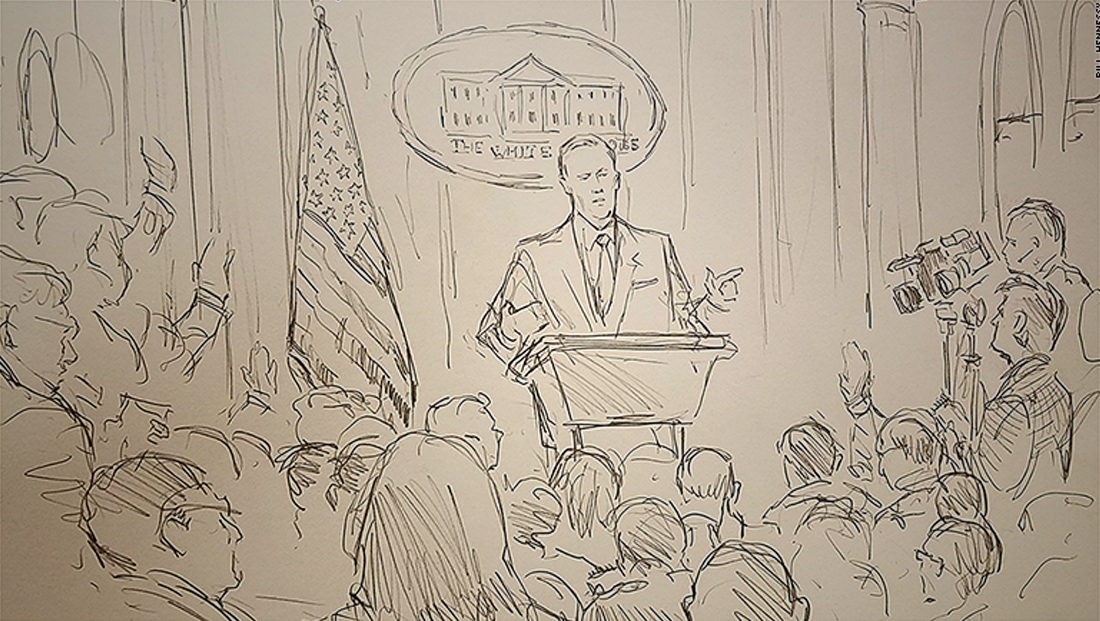 With the White House banning cameras and live audio from some press events, most networks have been using on screen graphics but CNN got a bit more creative — and low tech.

How networks are handling the audio only White House press briefings

“Some conservative media voices dismissed it as a stunt, but CNN argued that the sketch session did serve a journalistic purpose, in the same way that courtroom sketches do. CNN equated the briefing to a Supreme Court argument — an on-the-record event at which cameras are banned,” reads a story CNN posted on its site.

Hennessy normally works with an easel, but didn’t bring that along Friday. Despite this, Press Secretary Sean Spicer noticed him sketching away.

Updated: A color version of the sketch is now available: