A look back at Greta Van Susteren’s show branding 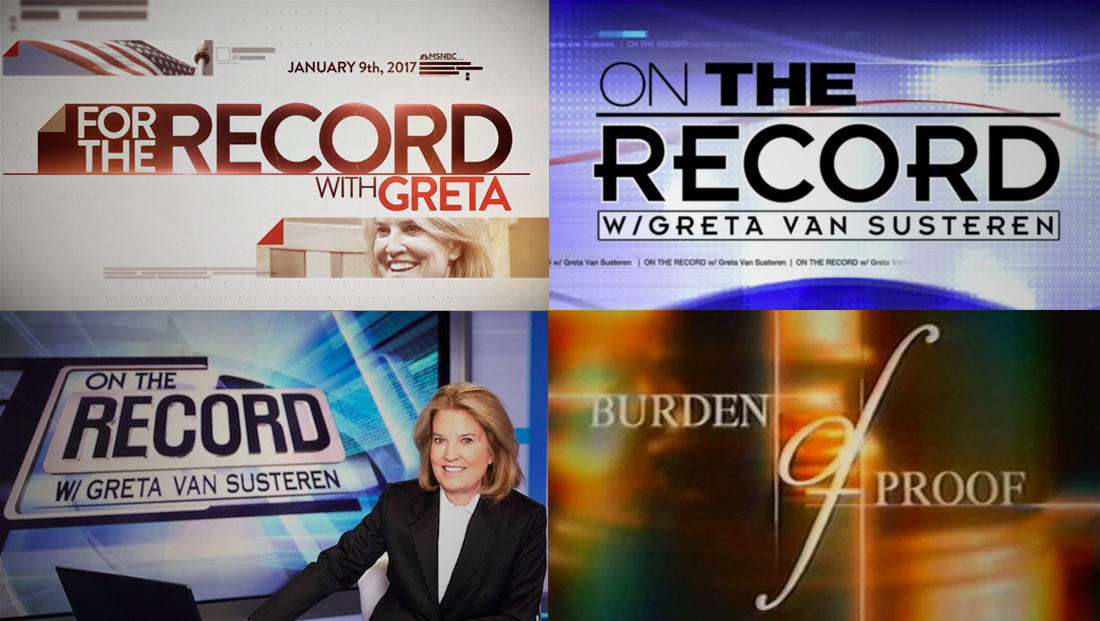 As Greta Van Susteren departs MSNBC, here’s a look back at her career in cable news and how some of the show she’s been a part of were branded. This show, which debuted on MSNBC in January shortly after her departure from Fox News, featured bold red lettering and graphics along with a “folded corners” motif.

Burden of Proof, CNN, For the Record, Fox News, greta van susteren, logo design, MSNBC, on the record, the point