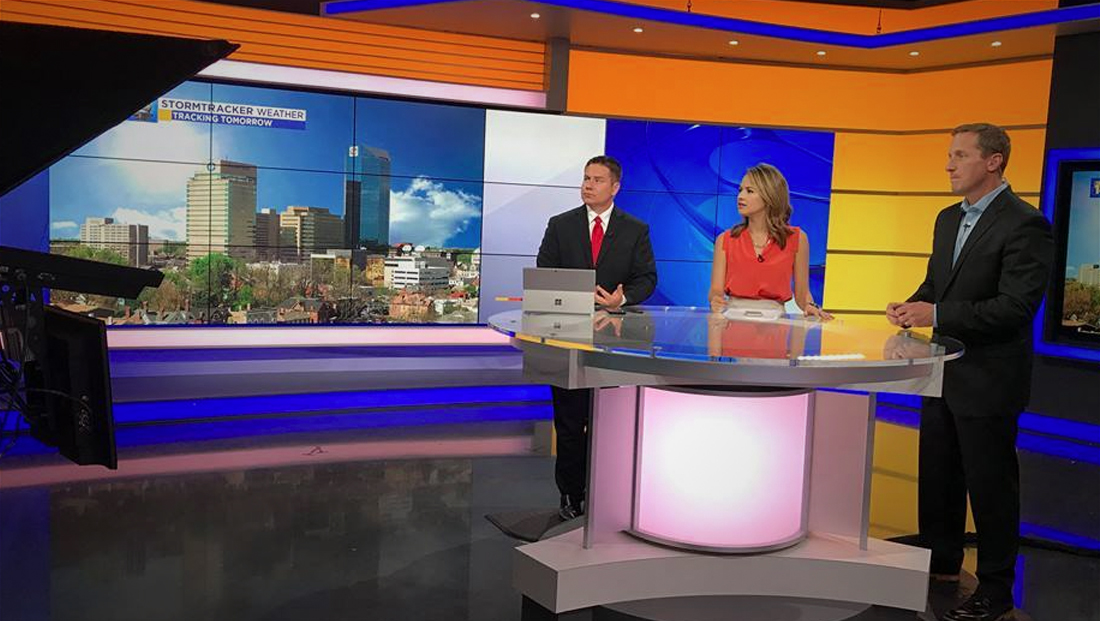 WLEX, the NBC affiliate in Lexington, Kentucky, debuted a new set and graphics that combine a clean new look with pops of color inspired by the NBC peacock. The station, which brands on air as “LEX 18” (read as “L-E-X eighteen”), has anchors positioned at a circular anchor desk in the center of the studio. The primary video wall is designed to be used as both a background for the anchor desk as well as a standalone standup venue. The white area of this design, which appears in both anchor desk shots and standups that boast imagery that spans the entire width of the video array, is a thin rainbow band inspired by the NBC peacock.