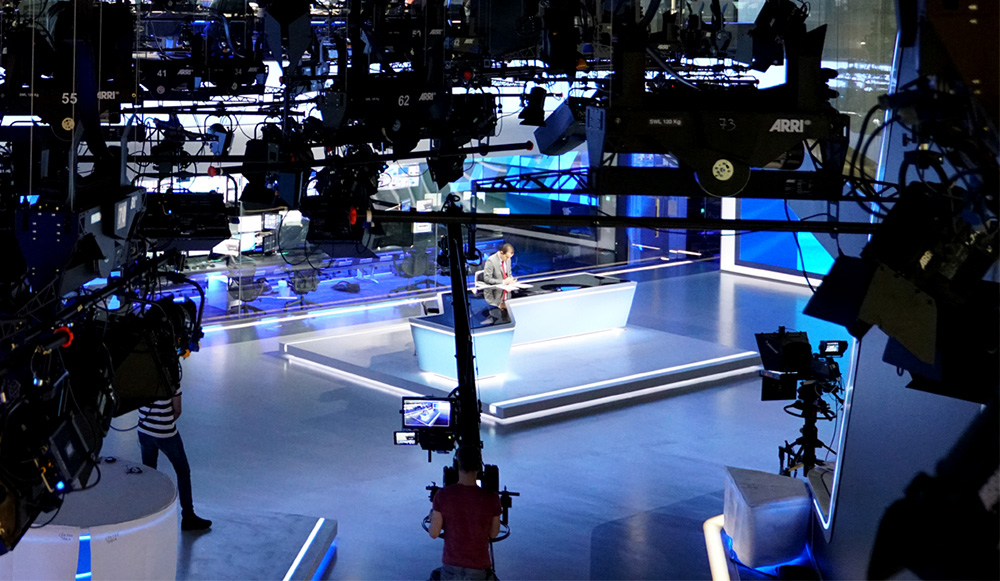 With design from Simon Jago and Jago Design, the facility includes multiple studios and a working newsroom that is expected to grow to as many as 400 staffers in the coming years.