Iowa station adds call letters to side of building 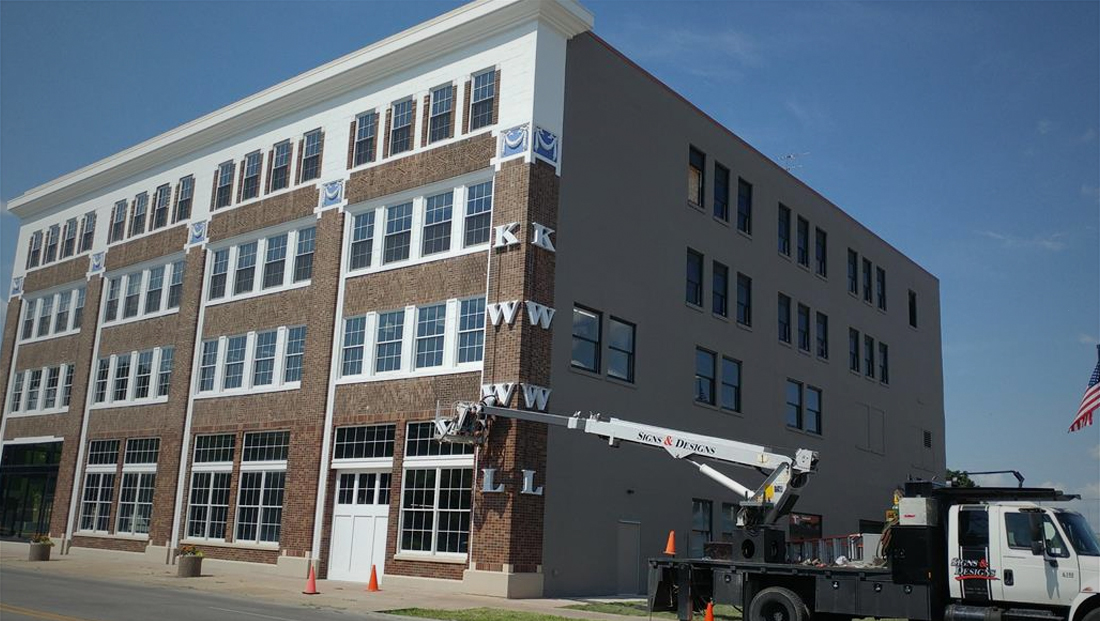 KWWL, the Quincy Media KWWL-TV, NBC affiliate in Waterloo, Iowa, has made a small but highly visible addition as part of its ongoing renovation — adding its call letters to the side of the building.

The station, which occupies a former car dealership building constructed in 1914, announced a $9 million renovation project in November 2016.

The multiphase project involves moving the newsroom to the second floor and sales offices to the ground floor, as well as the restoration of the building’s original exterior look.

Earlier this week, a lift truck arrived on site to install dimensional lettering down the two sides of the southeast corner of the building.

The station opted to used a wide serif typeface stacked vertically with generous spacing between each letter, so the signage stretches across the height of approximately two floors. So far, the station has completed restoration and window replacements on the exterior, as well as the removal of the panels that obscured the original facade design.