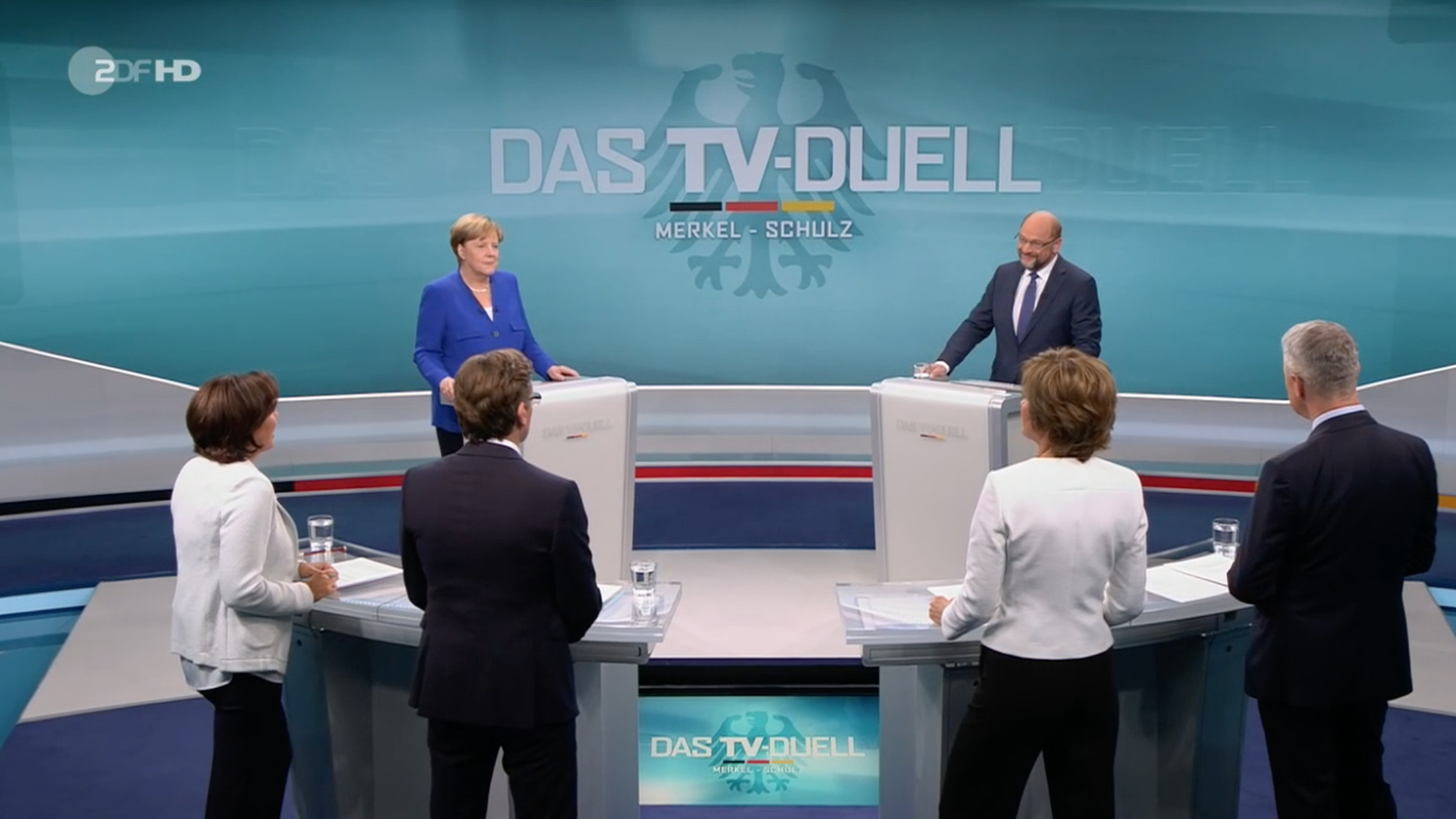 With the German election less than 30 days away, Chancellor Angela Merkel and opponent Martin Schulz met Sunday for their one and only televised debate of the campaign.

Unlike presidential debates in the United States, the format was looser, with less emphasis placed on time or questions. In Germany, this style of debate is known as the “elephant round,” as politicians gather around a circular table for a more chaotic, less scripted meeting.

The debate took place at Studio Berlin Adlershof and was broadcast across Germany with the major networks of ZDF, ARD’s Das Erste, RTL and SAT.1 carrying the pool feed. As well, some international broadcasters carried portions or highlights of the debate. The debate’s look followed a formula that had been used by the networks previously in 2013, with gentle backgrounds and an aqua/turquoise coloring.

Scenically, the design represented a more modern take compared debates in the U.S., with simple lecterns and dramatically arcing headers/footers around the studio. The overall design, which lacked a live audience, provided for many cross-shots of the two candidates, using subtle layering and motion blur text.