‘The View’ goes to church for ‘Sister Act’ reunion 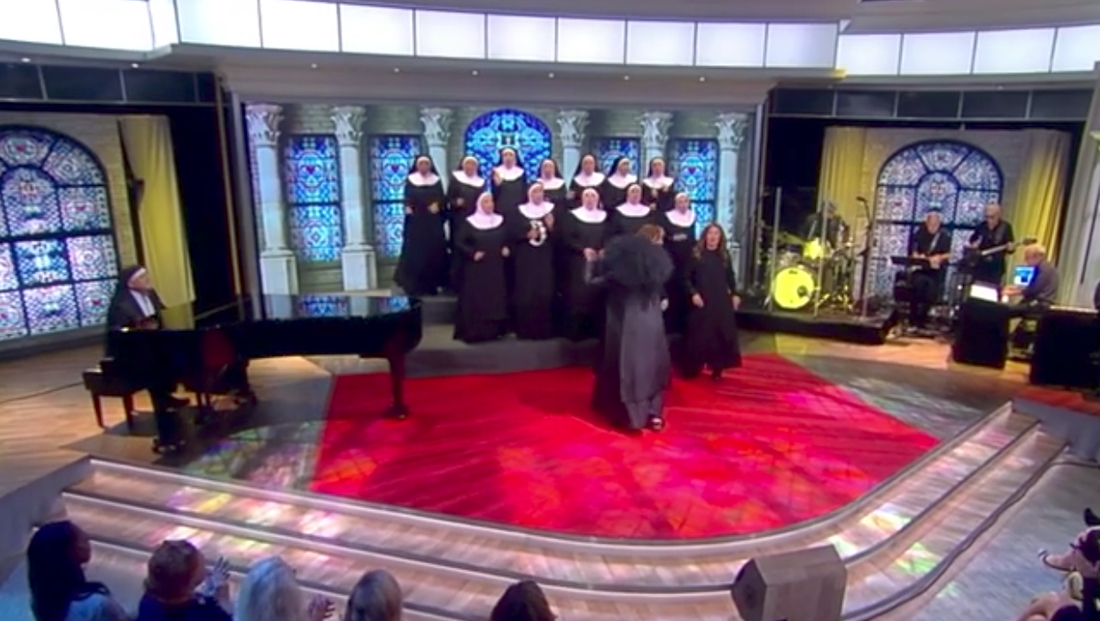 ABC News‘ “The View” celebrated comedy film “Sister Act” with a cast reunion and performance on the show’s set — which was transformed into a church for the occasion. The film, which was released in 1992, stars “View” moderator Whoopi Goldberg as Sister Mary Clarence (née Deloris Van Cartier) as a lounge singer who is forced to hide in a convent after witnessing a murder. While at the church, she makes over the choir with a modern spin, hence the musical performance.

For the performance, which included several other “Sister Act” cast members, the show’s large video wall was transformed into a church wall complete with digital stone columns and stained glass windows.

Additional windows were added camera left and right, while the studio’s main riser was covered in a red carpet with stained glass gobos adding texture.

For the opening, more traditional part of the performance, the studio was darker and featured blue uplighting on the side walls.

The setup also included a piano and drum set.

Once the song transitioned to the more upbeat part, the lights came up and changed to a brighter, gold color scheme. The segment also included a stained glass themed bug in the lower left.