Since the television revolution took hold, the newsroom broadcast has seen several transformations both in style and substance.

The tradition of sitting behind a desk in front of a painted or textured wall has given way to presenters sitting in the middle of their newsroom or at least overseeing it, to sitting in front of video walls, TVs and projected images.

Popular in Europe although less seen in North America is the standing news presenter. Presenters desks often become multi-purposed tables with positions for as many a five to six guests.

All these changes in style and technique present the set and lighting designers with numerous challenges and the relationship between these two disciplines can make or break a project.

Traditionally the studio was lit using 3200 degree tungsten instruments, usually fresnels and soft lights but that standard has given way to the new technology we see in our daily lives.

From a set design point-of-view, we hardly ever see a newsroom environment without a plethora of TV monitors, rear projection screens or LED walls. Set designers must not only view the “wide shot” but be constantly aware of the individual close-up shot that may form as much of the broadcast as anything else.

With so many studio environments being controlled robotically, the “shot specific” design used by many set designers is fundamental to the proper operation of the facility and the foundation by which the lighting designer, studio director and robo cam operator can function effectively. Knowing a camera’s exact position for the presenters close-up can make the difference between “good lighting”, lighting you never notice and “bad lighting.”

But what is good lighting?

Generally speaking, lighting can be the most subjective part of a studio environment. Of course, the camera must have good exposure and the subject evenly lit but how to achieve these goals may mean a constant review of techniques and abilities. The ideal position of a key light for the camera may not be the most comfortable for a presenter or may cause untold issues with a background that is highly reflective or too close to the back of the subject being lit.

Set designers play a huge part in the decisions lighting designers must make. For instance, if a wide shot is called for in the design, it may not be possible to place a key light within 18-20 feet of the subject, all but eliminating any kind of soft light as a key source. Conversely, in a confined studio space, lighting instruments can be placed within 10ft of the subject thus opening the door to using such instruments as the Rosco Silk and the Arri Skypanels.

Conventional thinking, for many years, precluded the use of Ellisoidal fixtures as key sources in a studio environment. They were great for highlighting a set, adding gobos to scenic elements but rarely were they used as a key source.

As set designers and directors chose the dramatic wide shot for their opening view of their set and studio, the presenters key light was pushed farther and farther back, sometimes 30+ft from the subject. A fresnel or soft light would not be able to cover these distances and provide enough foot candles to satisfy even the newest camera. The use of the ellipsoidal has meant that the lighting designer must be incomplete understanding of the set design and the “shot specific” parameters the set designer has in mind. A degree or two off and the lighting goes from lighting you never notice to “that doesn’t look right”

Color temperature in the studio environment has also seen a drastic change, particularly over the past several years. 3200 degrees is no longer the norm. Relying on engineers to color balance the odd monitor that may be in frame, is a thing of the past. The implementation of LED-based fixtures has resulted in many of these challenges being addressed and a few new ones being drawn to our attention. With the inherent color temperature of a tv monitor being 5600 degrees Kelvin, lighting at 3200 degrees. Is not practical from a camera’s point of view and constantly gives the video operator nightmares. The variable color temperature of most LED fixtures allows the ld to select a temperate that often falls in the 4600 to 4800 degrees. Range, thus giving the presenter a little warmth in front of the “blue-cool” background and allowing the background monitors to remain at the setting they operate best by.

For numerous lighting designers, getting their heads around a “square” or “rectangular” lighting instrument being able to provide the light source required was not a little difficult. The quality of the beam didn’t meet their requirements although, in the final installation, enough diffusion material was applied to make the cleanest fresnel a substantial “soft light.”

The technological advancements in the world of LED studio lighting have pushed the boundaries of set designers and lighting designers alike and with so much LED product available to them both, few of the established norms exist in the modern studio environment.

This article is part of our Focus On Lighting Design for TV, presented by Fluotec. View more from the series here.

About
Adrian GoldbergWith more than 35 years of experience and over 350 project credits, Adrian has extensive experience in lighting design, consulting and project management in TV network production, film and facility installations, Live TV Broadcast for special events and productions, and corporate events. He has worked throughout Canada, the USA. Europe, South America, Asia, Australia and the Middle East.

Following his successes with the Vancouver and London Olympics, Adrian’s time has been focused on developing LED Lighting systems used to illuminate the studio sets of the CTV Television Network and the Rogers NHL Studio in Toronto. The iconic TORONTO sign that was commissioned for the Toronto 2015 Pan Am and Para Pan Am Games is a city landmark as are the 15, CANADA 150 signs across the country.

Adrian has been a guest lecturer on Practical Studio and EFP lighting techniques at Ryerson University and Centennial College. His 10 part TV lighting course is geared to Broadcast Professionals around the world. 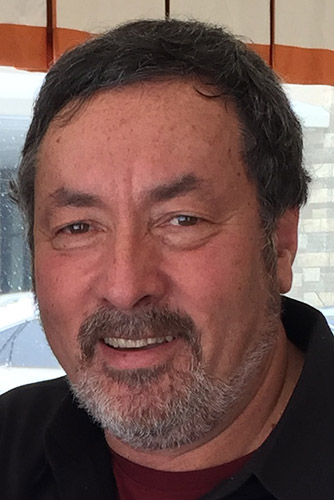