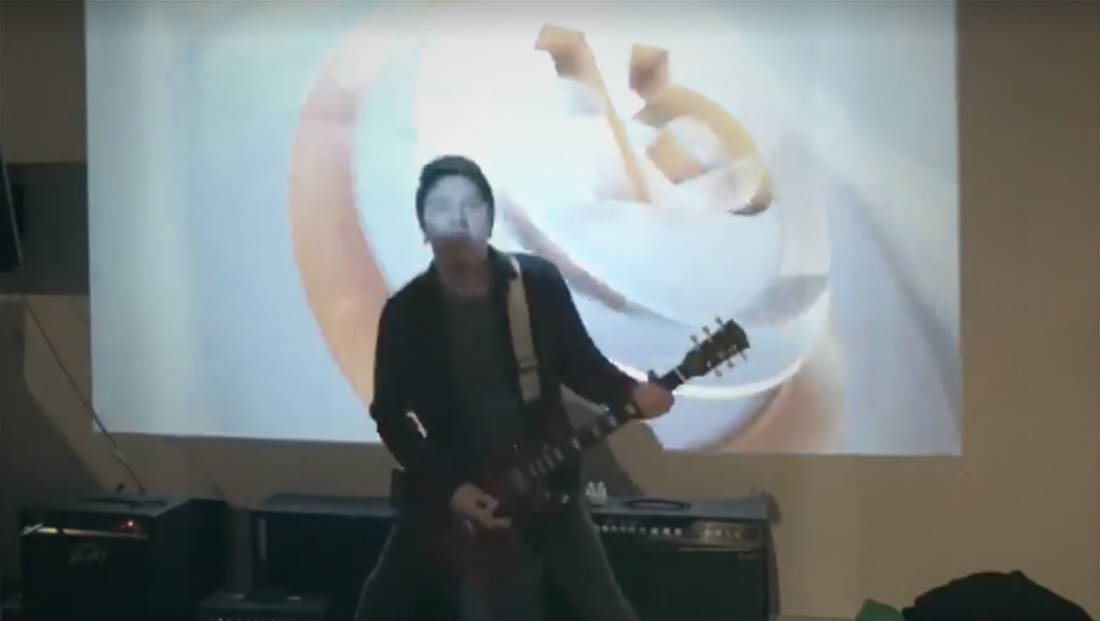 WNEP’s longtime “Move Closer to Your World” news music has been covered by a local metal band.

The song has been used by WNEP since the late 1970s, though it switched to what is commonly called the “dance version” in the mid-1990s.

“Send Request,” a band based in the Scranton/Wilkes-Barre, Pennsylvania market WNEP serves, posted a video of its rendition of the station’s theme music on its Facebook page, complete with shots of band members jamming and head banging to the music as clips of Newswatch 16 are shown on a screen behind them, which include the new graphics the station introduced in June.

WNEP apparently loves the cover — having posted the clip to its own website and social media feeds.

The original versions of “Move Closer to Your World” were composed by Al Ham and included full lyrics.

Variations of the song have been used at stations across the United States at various points over the years, but WNEP and ABC O&O WPVI in Philadelphia are the only stations actively using the package today.

WPVI has used variations of the song since 1974 and still occasionally uses portions of the lyrics, most notably during extended credit rolls.

WPVI commissioned the London Philharmonic Orchestra to record a new version of the song in 1996, only to have some many viewer complaints it reverted back to the previous version after three days.