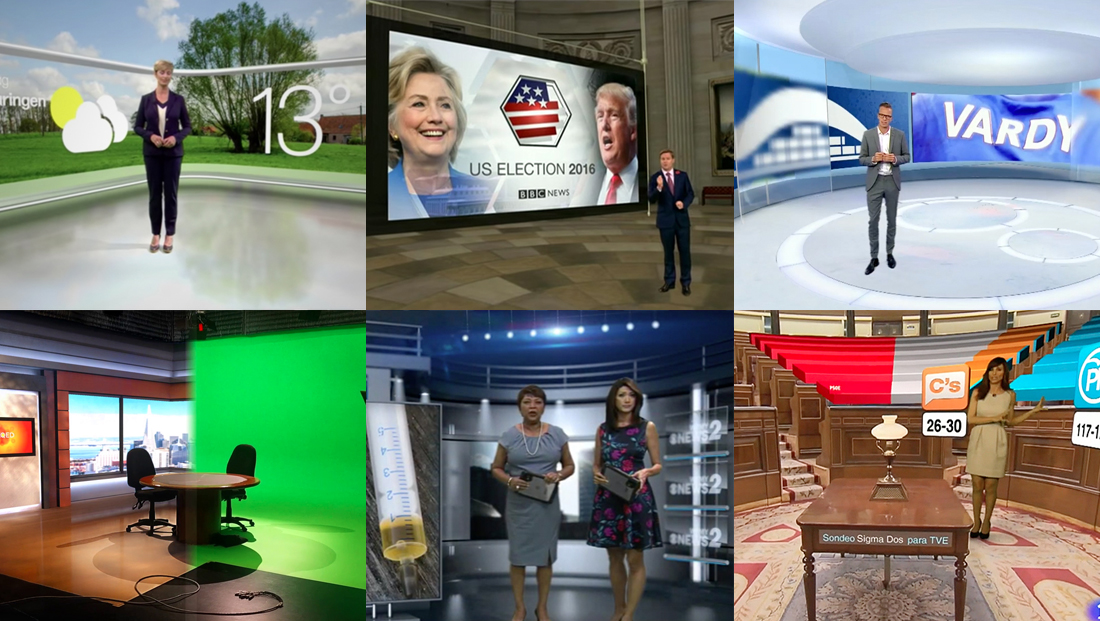 Virtual sets are becoming more and more popular — and have branched out beyond just being scenic background elements.

Many of the latest implementations on virtual sets include features that also enhance storytelling, such as through ultra-realistic graphics and enhanced camera tracking.

Virtual sets typically rely on inserting the live image of a host or anchor into a completely or nearly completely virtual space, which is typically generated by a computer. Some virtual sets, however, may include a few “real” elements — most often the anchor desk will be one of the hard scenic elements visible on-air.

A virtual set can be also simple as a locked down shot against a chroma key wall with a simple background element keyed behind the talent — or as complex as a chroma key cyc and cameras equipped with special equipment allowing the camera to move around the 3D space with coordinated perspective shifts.

Virtual sets’ close cousin, augmented reality, relies on overlaying virtual elements on top of a live image, though the line between the two isn’t always clear.

With that in mind, here are seven examples that push the limits of virtual reality on broadcast television. Have more you think showcase the technology? Leave a comment below. European broadcast VRT used a futuristic floating structure as the frame for its weather coverage, which also incorporates user contributed content to enhance weather storytelling. By blending photographic imagery and a structural element that is physically impossible, the look uses a common approach of blurring the lines between real and virtual, a move that can come in handy for elements that are more difficult to render realistically.