Q&A: The latest advancements in drones and live streaming for broadcast 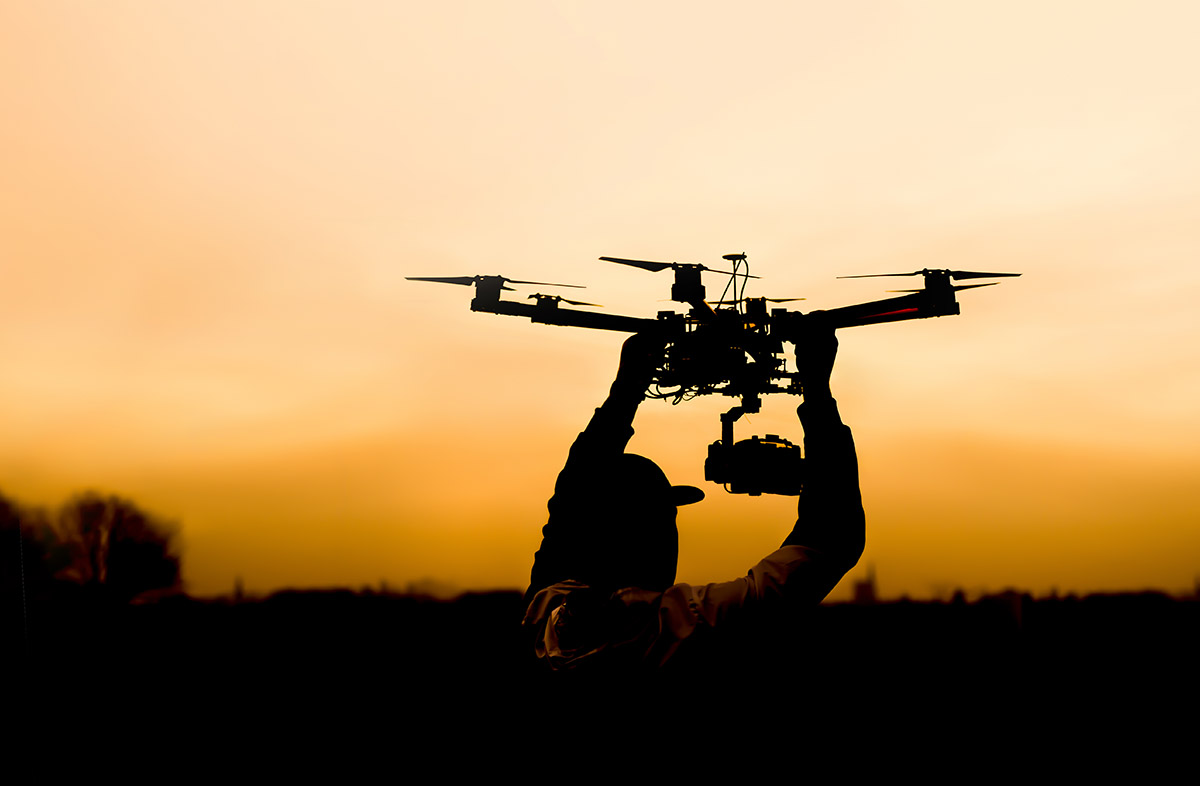 We recently had a chance to speak with Mark Andrews, head of broadcast & public safety at Soliton Systems, and Roland Dangerfield, managing director at Sentinel Aviation, as part of our Focus on Emerging Technology in broadcast production.

In the interview, we discuss the latest advancements in broadcast drone usage and transmission including live streaming and the new HEVC codec.

With regards to live streaming, how will drones change broadcast of live events?

Being able to use drones for live events provides powerful storytelling that before was very difficult. Imagine a journalist on the news having a live piece shot from the ground which then takes you 80 meters above with a birds-eye view of an incident would be a very compelling news piece.

After the popularity of the New York Times story on the impact of the Syrian Civil War on Aleppo that was captured using drone footage, it has struck the imagination of broadcasters on what is achievable with the use of drones. Live streaming from drones won’t just be restricted to journalism and newsworthy events though.

Increasingly, entities such as the UK Environment Agency are using them for natural disasters such as flooding and the sports channels will be using them for various live broadcast events. The construction industry and police are also considering live streaming for a variety of operational needs.

What are hurdles preventing wider adoption?

To fly a drone, you need a certified commercial operator to travel with the journalist who has complete liability insurance. This is not always practical. For other live event productions, such as a concert, then drone pilots can be used as part of the production which would be accounted for in the original budget. Other hurdles for wider adoption include the limitations of not flying less than 50m close to people or buildings not under the drone pilot’s control or over large gatherings of people.

In the UK, for example, this would normally require obtaining an Operational Safety Case (OSC) from the CAA which can take 3 months or more and requires considerable time and money. For travel purposes, some drone batteries consisting of Lithium Ion cells cannot be taken on board a civil passenger airliner, so the image of a journalist scrambling to catch their flight with a drone under each arm is not quite as realistic as it may seem. The batteries can normally be taken on board a commercial freight flight, which have special rules for packaging, labeling and carriage.

How does bonded cellular technology fit into this equation? What about encoding for broadcast?

Currently, a live video stream can be transmitted from the drone to a GCS (Ground Control Station) which is normally done via Wi-Fi. From there it needs to be live streamed for example via a bonded encoder.

A bonded cellular solution allows the output of the GCS to be fed into an encoder, via HDMI, where the video is compressed and then simultaneously live-streamed over the internet via multiple 4G cellular connections. It is normally live streamed back to any location it needs to go, normally to the MCR room within a broadcaster or an OB truck. Once it arrives at its receiving location, the live stream is then decoded and fed into the editing system for live playout.

Using the Wifi of the drone to stream to the GCS will add latency but will also affect the quality of the video. An alternative is to take the encoder and fit it into the drone. It is then live streamed directly from the camera on the drone back to the broadcast center, which will both improve latency and increase video quality. And given the height, you may well get well-improved bitrate from the cellular providers.

What is Soliton doing to help ease the process for producing and transmitting live drone video? Soliton Systems has a lightweight H265 encoder, weighing only 400 grams complete with an internal battery. Known as the Zao-S, by using H265 (also known as HEVC) it utilizes the very latest compression technique for encoding video and can support up to 3 SIM cards from different cellular carriers that are then bonded together to form a highly reliable single connection.

The Zao-S given its size and weight can be used with the GCS but it can also be easily placed into a drone, to provide a highly efficient connection with compelling video footage in full HD. It can be used for a variety of different applications from news gathering, sports production, live nature shows, concerts and public safety applications where live feeds from a drone can provide a compelling insight into what is being shown. With the Zao-S, it is possible to live stream full HD between 2-3 MB/sec over multiple 4G connections, with a typical latency of between half and one second from the camera to the output of the decoder at the receiver end.

What broadcasters need to know about hiring freelance drone pilots

What’s the logical next step?

In terms of regulations, it is inevitable that new rules will evolve and what can be done with drones. This means for the amateur social media broadcaster it will become more difficult to create content.

But from a creativity point of view then I personally believe we are only at the beginning of what can be achieved. VR and other technological advances such as 4K and mobile IP cameras will only make viewing more interesting and can be used to differentiate the ever-increasing number of broadcasters vying for our attention with ever-more compelling content