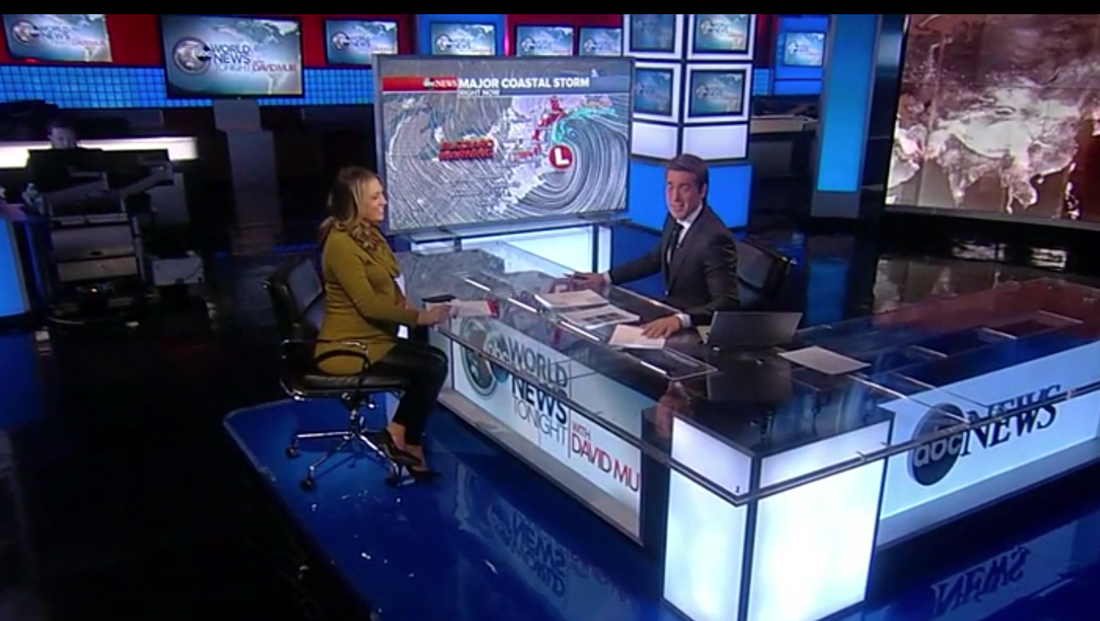 Both Lester Holt and Jeff Glor braved the frigid temperatures Thursday, Jan. 4, 2018, to cover the bomb cyclone from outside venues in New York City — but ABC opted to keep David Muir in the studio.