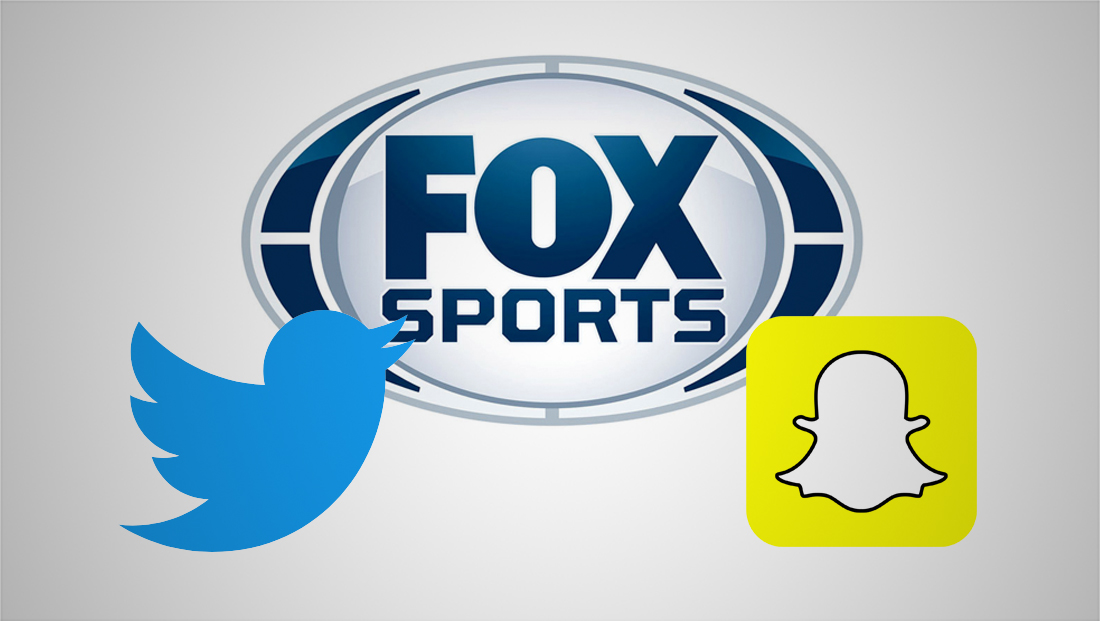 Fox Sports, the English-language home of the 2018 FIFA World Cup has inked deals with Snapchat and Twitter to provide dynamic opportunities tailored to each respective social media platform and its wide, growing audience.

“These exciting collaborations with Twitter and Snapchat mark a major opportunity to leverage the world’s greatest sports moment and our talent beyond the TV screen,” says Alexis Ginas, senior vice president of cross-platform solutions, Fox Sports in a statement.

“Alongside our Fox Sports-owned properties, they’ll help amplify this summer’s incredible live events programming – 64 matches total at the FIFA World Cup. We’ll immerse fans in the ‘beautiful game’ even further through our experts and fun, creative content from Moscow.”

The show will provide match action previews, recaps and Twitter reaction as well as original segments produced by Fox’s team in Moscow. This live coverage will be available in the United States to Twitter’s logged-in and logged-out audience and can be viewed via @FoxSports and @FoxSoccer on computers, tablets and mobile devices.

Fox will also provide near-live video highlights to Twitter for each game, including every goal scored as well as video featuring talent question and answers, playe and coach interviews and press conference clips. Both the live show and video clips will include advertising packages on Twitter available for sponsors.

“We are excited to collaborate with Fox Sports to bring an exclusive daily live show, expert analysis and video highlights from the 2018 FIFA World Cup to Twitter alongside the best curated real-time conversation,” says Anthony Noto, COO at Twitter. “Passionate soccer fans will need to look no further than FOX and Twitter to find everything that’s happening at this summer’s tournament.”

On Snapchat, Fox Sports will produce a Publisher Story that chronicles the day-by-day drama of the month-long tournament.

Viewers will relive the action via broadcast-level highlights and expert analysis of the must-see moments. Through recaps, previews and features produced specifically for Snap, the Publisher Story will have something to offer both die-hard fans as well as those who are experiencing “the beautiful game” for the first time.

Snapchat will also produce FIFA World Cup “Our Stories,” featuring video highlights of goals and other key moments from the tournament provided by Fox Sports alongside exclusive behind-the-scenes reactions from fans in Russia and those celebrating at home around the world. The FIFA World Cup “Our Stories” are hand-curated compilations of video Snaps submitted by Snapchatters at events and locations around the world, and produced by teams of editors at Snapchat.

“We’re thrilled to be one of Fox Sports’ first digital collaborators for the FIFA World Cup,” said Ben Schwerin, Snap’s vice president of partnerships. “What makes the tournament so exciting for us is that we are going to be able to deliver our community a perspective of the global game that brings them not only into the roaring stadiums in Russia, but also to those celebrating in cities around the world.”

Snapchat has 178 million daily active users worldwide, with Snapchatters visiting the app more than 25 times a day for an average of 30 minutes. More than 3.5 billion Snaps are created with our cameras each day and over 10 billion videos are watched on Snapchat every day.